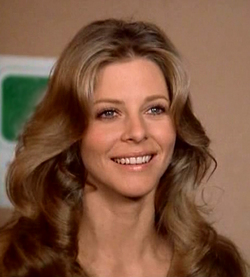 OK – color me “geek” – but I am having the best time watching episodes of the original “Bionic Woman” series.

When I was, let’s say – younger, in the 1970s I thought Lindsay Wagner was the most beautiful woman in Hollywood, and the quality she brought to “Jamie Sommers” in the Bionic Woman series was magical. She was gorgeous, vulnerable and had a great sense of humanity. It’s not well known, but the role earned Wagner an Emmy Award for “Best Actress in a Dramatic Role” in 1977.

I recently discovered a website where you can see all of the original episodes – commercial free – of the “Bionic Woman” series. I’ve alrady watched 4 episodes, including three featuring ‘Max’ the bionic dog (guest starring 70s hottie Christopher Knight). Clearly there was thought given to a possible ‘super Lassie’ reboot with Max as the star.

If you know me – between Lindsay Wagner and a super-loyal super-dog – clearly I’m in retro-heaven.

If you even know what and who I’m talking about, head over to this website and remember some fun days in TV history.

And for those who really love this – go to Amazon and get Season One and newly released Season Two on DVD! Both apparently have a lot of bonus features and commentary by Lindsay and other stars of the show.