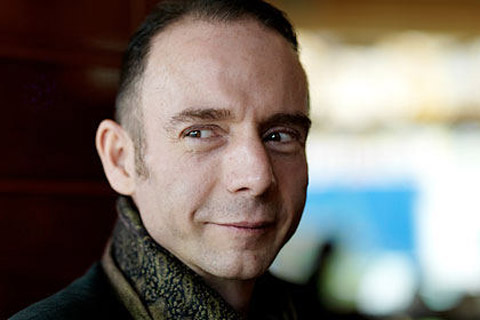 Almost 20 years after he became infected, Timothy Brown is, essentially, cured of AIDS.

Brown, now 45, is known in medical-journal circles as “The Berlin Patient,” a moniker assigned him by a February 2009 case study published in the New England Journal of Medicine.

In a “Brief Report,” oncologist Gero Huetter and his colleagues at Berlin’s University Hospital described the unique stem-cell transplant of an HIV-infected patient — Brown — who had acute myeloid leukemia, and the remarkable result: Twenty months after the procedure, the virus had not reappeared in Brown’s body, even though he was no longer taking antiretroviral drugs.

The bone marrow Brown received in a time-tested treatment for leukemia also transferred to Brown’s immune system an uncommon genetic variation — present in an estimated 10% of northern Europeans — that rendered it resistant to HIV.

When he learned he was HIV-positive in 1995, a friend told him gravely that he probably had two years to live.

Ten years later, he was alive and taking antiretroviral medications. Then, in 2006, a bout of exhaustion sent him to the doctor, who diagnosed leukemia and proposed the customary treatment: Wipe out Brown’s immune system with radiation and rebuild it with the bone marrow of a healthy donor.

From the 230 possible matches found for Brown, Dr. Huetter deliberately picked a donor who carried genetic resistance to HIV, hoping they might lick both diseases in a single shot.

Now living in San Francisco, Brown has found himself a bit of a celebrity at AIDS functions around the city. Two weeks ago, he spoke at an event titled “Cure — Still a Four-Letter Word?” organized by the American Foundation for AIDS Research. Afterward, he says, “everybody wanted to get their picture taken with me.”

Certainly, the treatment Brown received could not be applied to the millions of people infected with HIV — it is far too risky and expensive for that. But its results offer proof that there are ways to turbo-charge the immune system to prevent and even fight off established infection without taking a cocktail of pills everyday, the officials wrote in the Annals of Internal Medicine.