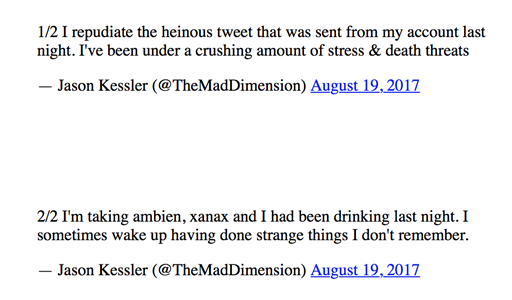 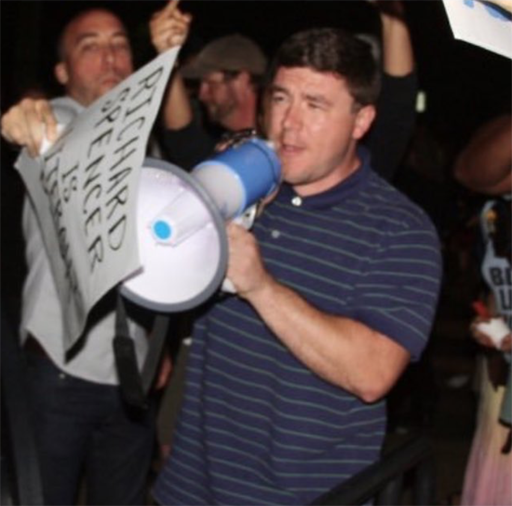 The organizer of the Charlottesville neo-nazi rally, Jason Kessler, tweeted last night that the counter-protester killed during the ensuing violence was a “fat, disgusting Communist.” 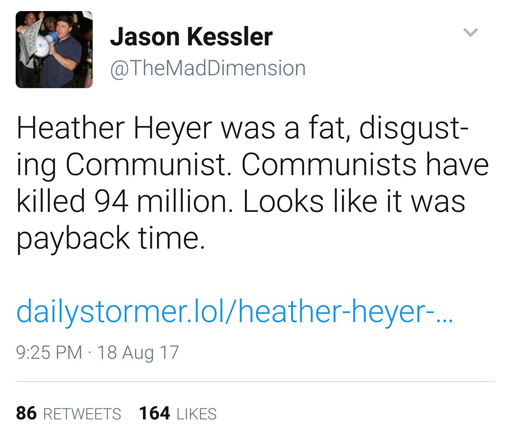 This morning, Kessler claimed he was hacked:

And sometime later, Kessler changed his story blaming his hateful words on “stress” and a result of taking sleeping medications along with alcohol and anti-anxiety drugs.

Even his fellow white supremacists disavowed his hateful rhetoric:

I will no longer associate w/ Jason Kessler; no one should. Heyer’s death was deeply saddening. “Payback” is a morally reprehensible idea. pic.twitter.com/MTVDL9Av3s

Assuming this is a real tweet and his account was not hacked, I will no longer attend or cover events put on by Jason Kessler. Very gross. pic.twitter.com/IyK4dyyTIn

Some far-right loons have begun claiming Kessler is actually a left-leaning “plant” trying to discredit the alt-right:

More indications that the white supremacist organizer of #Charlottesville is a leftist playing his part in a script https://t.co/xiipEZYYRt

It wouldn’t surprise me if a book is in the works. “Among the Nazis!”