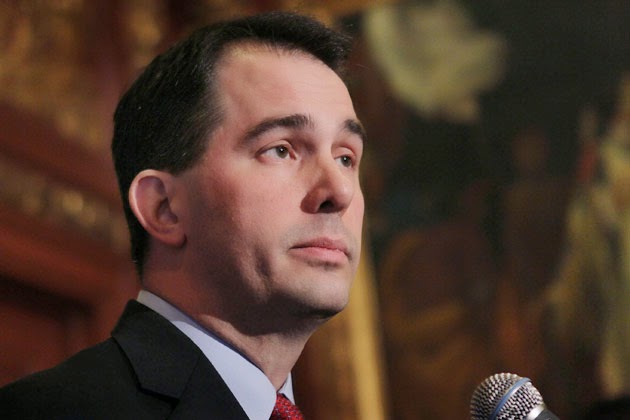 Excellent op-ed piece today from the editorial board of the Milwaukee Journal-Sentinel urging the state’s Attorney General and Governor to NOT appeal the recent court ruling overturning the ban on same-sex marriage in the state.

Instead, Wisconsin authorities should follow the lead of Pennsylvania, where a Republican governor last month said he would not appeal a similar ruling in that state. Gov. Tom Corbett had wanted to fight the ruling but then decided that he likely would lose an appeal. Attorney General Kathleen Kane, a Democrat, already had declined to appeal the ruling, saying the state’s ban was unconstitutional.

Van Hollen and Gov. Scott Walker should realize how rapidly the sand has shifted under their feet on this issue. In fact, the debate is nearly over, and their side is losing it.

The editorial goes on to quote a recent Marquette Law School poll, released May 21, which found 55% of registered voters in Wisconsin now favor allowing gay marriage. So, there.

I encourage folks to read the entire piece here.

Of course, Governor Walker is going to appeal the decision. It’s well known he has national political aspirations in the Republican Party and he can’t afford to not at least “appear” to oppose the ruling.

I appreciate the editor at the Journal-Sentinel for prescribing the approach that keeps equality for all in mind.