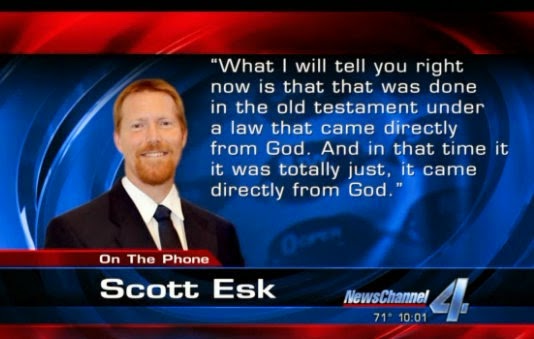 Scott Esk, a Tea Party candidate for Oklahoma’s State House, was found on Facebook advocating that homosexuals should be stoned to death, and that to “ignore as a nation things worthy of death would be very remiss.”

And when challenged by his Facebook friend if he indeed believes that homosexuals should be put to death, and Esk responds, “I think we would totally be in the right to do it.” 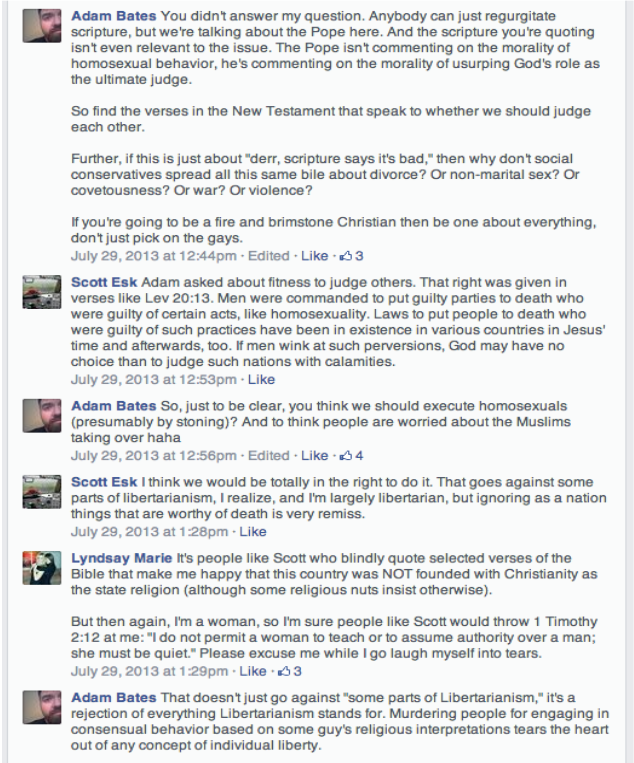 In a subsequent interview, he stood by his Facebook opinions regarding stoning gays.

Don’t worry though. It’s not just gays that Esk isn’t fond of.

On November 25th of last year, Esk posted on his Facebook  that he felt moved to call 911 when he saw a group of Hispanics gathered in front of a shopping mall. He was surprised when the dispatcher kept asking what crime was bring committed and he replied that he assumed there were in the US illegally.

Explains a lot about him I think.