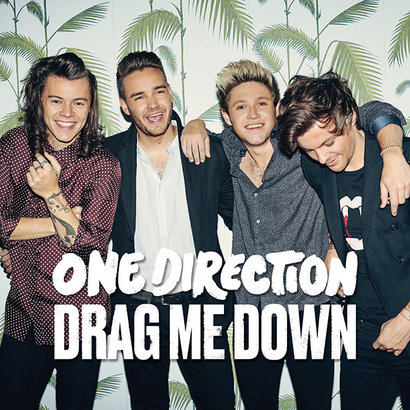 One Direction apparently surprised folks this morning when they decided to drop their first “post-Zayn Malik” track on the internet – “Drag Me Down.”

Swapping lyric lines (as they do in the boy band genre) the group sounds as bouncy, bright and complete as ever.

On its first single without recently departed member Zayn Malik — and its first since its five-year anniversary as a group — One Direction romantically alludes to the diehard Directioners and their place in the group’s phenomenal run of success; it’s basically the Backstreet Boys’ “Larger Than Life” with a slightly less bombastic guitar riff.

The best news for One Direction fans is that the quartet does not sound incomplete: the group compensates for Malik’s absence by giving each member ample time to shine, and the harmonies admirably resonate on the call-and-response portions of the pre-chorus.