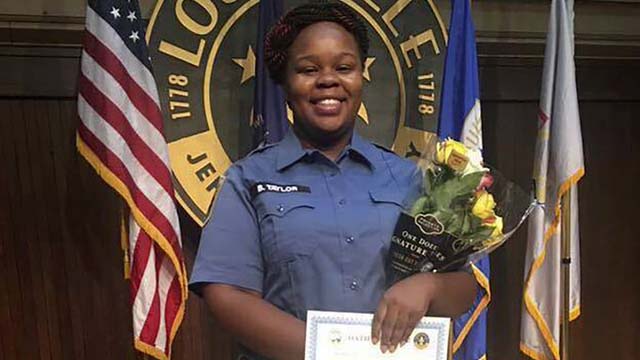 It was exactly one year ago today that an innocent young Black woman lost her life in a late-night police raid gone wrong as police gunfire rained through her apartment in Louisville, Kentucky.

For months, her death went largely unrecognized. Once more people took notice, though, the city was shaken to its core. Protests rocked the downtown area during the summer and fall as demonstrators demanded justice through tears and megaphones and erected a memorial in a prominent square. They prayed together and sang together, chanting, “Say her name!”

Breonna Taylor became a rallying cry, and when no officers were charged in connection with her death, which occurred during a botched drug raid, protesters returned to the streets. Activists are optimistic that the first anniversary of her death, on Saturday, will further fuel a promising surge of civic engagement, particularly from Black residents.

For those who aren’t aware, the police got a tip Taylor’s apartment was being used to traffic drugs. They got the address wrong.

According to reports, the police burst through the door in the middle of the night under the use of what’s known as a ‘no-knock warrant’ which means they didn’t announce who they were before entering. Taylor was shot dead in her bed.

Over the course of a year, none of the officers who fired into the apartment that night has been charged for the death of Taylor.
Read the full article.

Breonna Taylor’s death was a tragedy, a blow to her family, her community, and America. As we continue to mourn her, we must press ahead to pass meaningful police reform in Congress. I remain committed to signing a landmark reform bill into law.

Today, I #SayHerName. Breonna Taylor. Her life and her dreams were needlessly cut short. @POTUS and I will continue to push for police reform. We’re committed to working with Congress to get it done.

One year after she was murdered by police officers, it is a disgrace that we are still waiting on justice for Breonna Taylor. Yes, her life mattered. The time is long overdue for us to combat systemic racism and a broken criminal justice system.

Breonna Taylor: who she was, how she died, and why justice is long overdue. pic.twitter.com/wp4IMybN8W