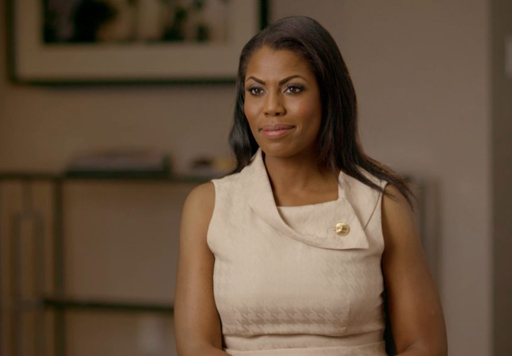 In her new tell-all memoir, The Apprentice reality celeb Omarosa Manigault-Newman appears to insinuate that Donald Trump’s mental capacity is in rapid decline.

In an exclusive excerpt obtained by DailyMail.com, Omarosa, 44, who first met Trump when she appeared on The Apprentice and later became an assistant to the president, tells of the dread she felt while watching Trump’s interview with Lester Holt last May.

‘While watching the interview I realized that something real and serious was going on in Donald’s brain. His mental decline could not be denied,’ she writes in Unhinged: An Insider’s Account of the Trump White House.

‘Many didn’t notice it as keenly as I did because I knew him way back when. They thought Trump was being Trump, off the cuff.

‘But I knew something wasn’t right.’

‘For the Lester Holt interview, I watched it on a small TV in the upper press room (the lower press room was built on top of the old swimming pool and turned into the briefing room) by the press secretary’s office,’ she writes.

‘Throughout this erratic and contradictory interview, I kept thinking, ‘Oh no! Oh no! This is bad!

‘Donald rambled. He spoke gibberish. He contradicted himself from one sentence to the next.

‘Hope [Hicks, then communications director] had gone over the briefing with him a dozen times hitting the key point that he had fired Comey based on the recommendation by the DOJ which the vice president and other surrogates had been reinforcing for days.’

But when questioned by Holt, the president contradicted previous reports about how the senior law-enforcement officer was dispatched from his office.

Trump also said that he had been planning to fire Comey, apparently contradicting initial reports from the White House that it was a recommendation from Deputy Attorney General Rod Rosenstein that spurred Comey’s ouster.

It’s important to note that Omarosa was dramatically fired from her position as Director of African-American Outreach and escorted off the White House premises on December 13, 2017 following reports of an altercation with Chief of Staff John Kelly.