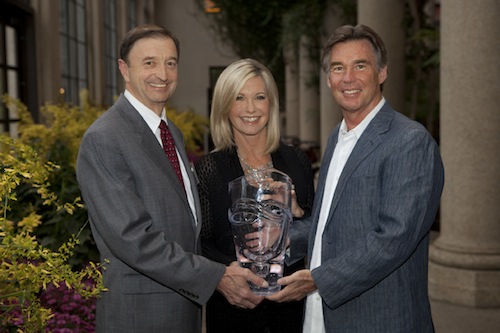 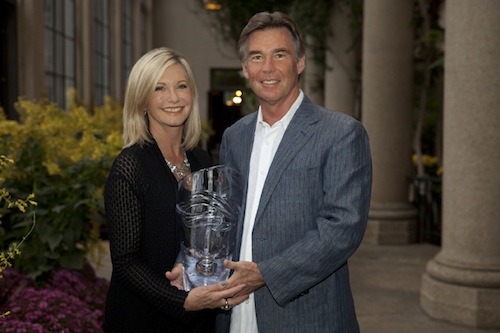 Olivia Newton-John and husband, John Easterling, were awarded the Stroud Award of Freshwater Excellence by the Stroud Water Research Center at its annual “Water’s Edge” gala at Longwood Gardens in the suburbs of Philadelphia on Tuesday evening, October 11, 2011.

The Stroud Award of Freshwater Excellence™, also known as the SAFE Water Award™, is awarded for outstanding achievement to those who contribute broadly to the conservation and protection of fresh water.

Olivia Newton-John and John Easterling, also known as “Amazon John,” are both staunch supporters of rainforest conservation and known for work in conserving the Amazon River watershed — the largest in the world. 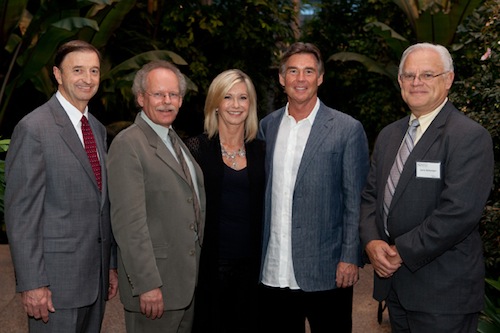