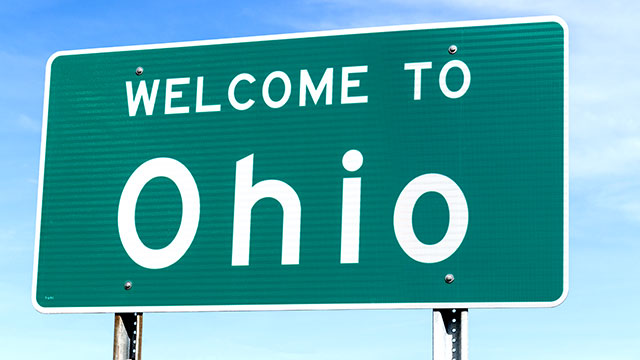 Following the Supreme Court’s reversal of Roe v. Wade last month, I reported on a 10-year-old Ohio girl who was forced to travel to Indiana for an abortion after being raped due to the Buckeye State’s trigger law going into effect.

Several conservatives called the story a lie due to the timing with the Roe u-turn. But on Tuesday, a man in Columbus was charged with impregnating the girl.

Gershon Fuentes, 27, whose last known address was an apartment on Columbus’ Northwest Side, was arrested Tuesday after police say he confessed to raping the child on at least two occasions. He’s since been charged with rape, a felony of the first degree in Ohio.

Columbus police were made aware of the girl’s pregnancy through a referral by Franklin County Children Services that was made by her mother on June 22, Det. Jeffrey Huhn testified Wednesday morning at Fuentes’ arraignment.

On June 30, the girl underwent a medical abortion in Indianapolis, Huhn said.

Ohio Attorney General Dave Yost (R) appeared on Fox News this week, casting doubt on the story. He doubled down on that assertion in an interview with USA Today:

“Every day that goes by the more likely that this is a fabrication. I know the cops and prosecutors in this state. There’s not one of them that wouldn’t be turning over every rock, looking for this guy and they would have charged him.”

“I’m not saying it could not have happened. What I’m saying to you is there is not a damn scintilla of evidence. And shame on the Indianapolis paper that ran this thing on a single source who has an obvious axe to grind.”

Rep. Jim Jordan (R-OH) initially called the story “another lie.” But upon the news of Fuentes’ confession and arrest, Jordan merely deleted his tweet without comment. 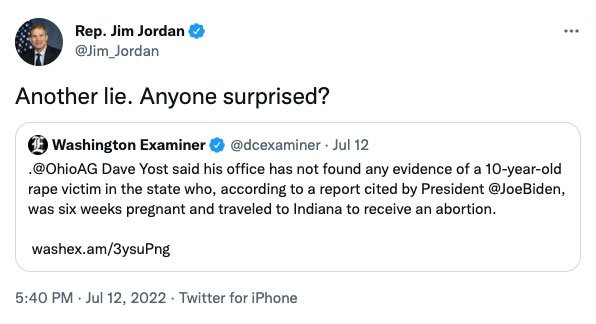 “A Columbus man has been charged with impregnating a 10-year-old Ohio girl, whose travel to Indiana to seek an abortion led to international attention…”

Some questioned whether the story was true, incl. Ohio’s GOP AG @DaveYostOH.