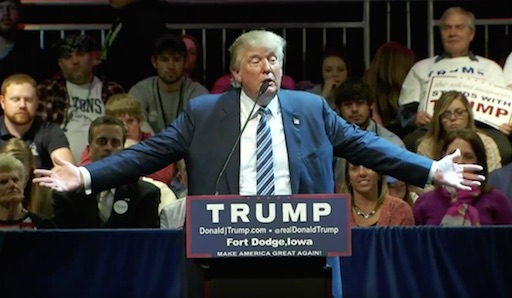 According to Donald Trump and his White House, you would think the ongoing investigation into Russian interference in the 2016 presidential election is just about over and was a big bust.

Trump tweeted today, “It is now commonly agreed, after many months of COSTLY looking, that there was NO collusion between Russia and Trump. Was collusion with HC!”

But that’s not at all the truth. It is not “commonly agreed” that there was nothing there.

As a matter of fact, check out this in today’s New York Times:

Natalia V. Veselnitskaya arrived at a meeting at Trump Tower in June 2016 hoping to interest top Trump campaign officials in the contents of a memo she believed contained information damaging to the Democratic Party and, by extension, Hillary Clinton. The material was the fruit of her research as a private lawyer, she has repeatedly said, and any suggestion that she was acting at the Kremlin’s behest that day is anti-Russia “hysteria.”

But interviews and records show that in the months before the meeting, Ms. Veselnitskaya had discussed the allegations with one of Russia’s most powerful officials, the prosecutor general, Yuri Y. Chaika.

And the memo she brought with her closely followed a document that Mr. Chaika’s office had given to an American congressman two months earlier, incorporating some paragraphs verbatim.

The coordination between the Trump Tower visitor and the Russian prosecutor general undercuts Ms. Veselnitskaya’s account that she was a purely independent actor when she sat down with Donald Trump Jr., Jared Kushner, the president’s son-in-law, and Paul J. Manafort, then the Trump campaign chairman.

It also suggests that emails from an intermediary to the younger Mr. Trump promising that Ms. Veselnitskaya would arrive with information from Russian prosecutors were rooted at least partly in fact — not mere “puffery,” as the president’s son later said.

Puffery refers to “puffing up” an exaggerated image of what is being described.

The idea that Veselnitskaya’s memo having identical language as Russian Prosecutor General Chaika’s being mere coincidence is something no one believes.