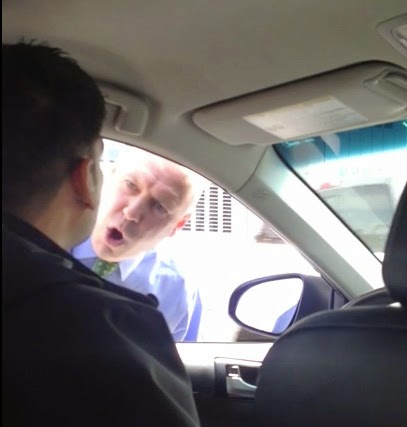 Yesterday, I wrote about a New York Police Department detective who went bonkers on an Uber driver who honked his horn while the detective was trying to park his car.

The NYPD has been swift to act after the video of the rant went viral.

Detective Patrick Cherry has been removed from the department’s elite Joint Terrorism Task Force and will be doing desk duty until he is officially transferred out of the prestigious division.

“No good cop should watch that video without a wince,” Commissioner Bill Bratton said at a Wednesday press conference. “Because all good cops know that officer just made their jobs a little bit harder.”

“That officer’s behavior reflected poorly on everyone who wears our uniform.”