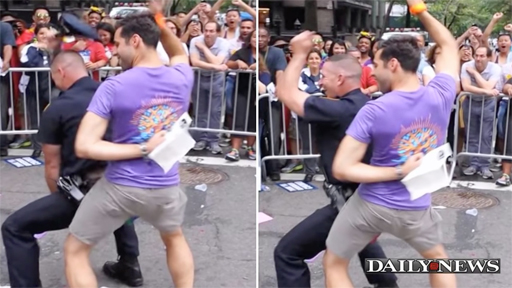 I remember this so well. Great Pride moment.

Look at the spirit NYPD Officer Michael Hance shared with that crowd.

NYPD Officer Michael Hance, who raised eyebrows and made headlines in 2015 for twerking with a reveler at the city’s Gay Pride parade, has died of 9/11-related cancer. He was 44.

The 17-year veteran of the NYPD, who worked the bucket brigade in the aftermath of the terror attack on the World Trade Center, died Sunday.

Hance, who worked out of the 111th Precinct in Bayside, Queens, was diagnosed with brain cancer in November after he fell in front of his home and complained of feeling dizzy, his brother said. As he fought the disease, the cancer spread to his lungs, liver and chest.

Hance, who wasn’t gay, uplifted the city’s spirits two years ago when a cellphone video of him dancing on duty and in uniform with reveler Aaron Santis at the Manhattan pride parade to the Michael Jackson song “Don’t Stop ‘Til You Get Enough” went viral.

“I was as impressed as I was happy,” said Brian Downey, the president of the NYPD’s Gay Officer’s Action League said about the video. “He isn’t a member of GOAL or the LGBT community, but we were elated to see that video. It represented the true spirit of the police family. That’s what 99.5% of cops are like.”

Hance’s family was unsurprised that the beloved cop managed to connect with parade-goers. “That’s just who he was,” his brother said. “He was definitely a people person. He has like 8 million friends.” 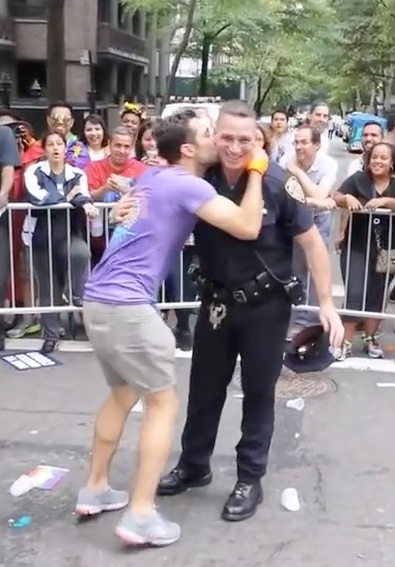