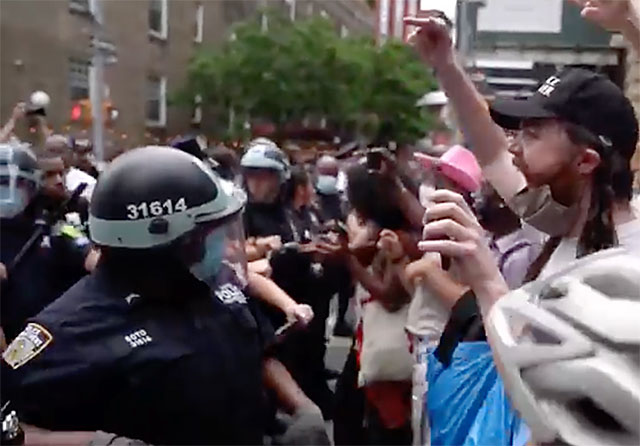 Pandemonium broke out at the Queer Liberation March Sunday afternoon in New York City as New York Police officers swarmed what was described as a peaceful demonstration on the 51st anniversary of the Stonewall riots.

The Gothamist reports two demonstrators were being arrested for graffiti when protesters attempted to intervene. Police officers reportedly responded using pepper spray on several in the crowd.

One witness told The Gothamist the mood was like an upbeat dance party prior to the arrival of the police.

“We were dancing right in front of the arch on 5th ave and out of nowhere, cops started storming into the crowd,” Mike Perles, a 29-year-old city employee, told The Gothamist. “They pushed everyone in front of them out of the way and onto the ground. They pushed a reporter who was taking photos down and started randomly pepper-spraying people.”

“I couldn’t see anyone instigating,” added Perles. “It seemed like they felt outnumbered after entering a huge group and panicked and started beating people up.”

Pippa Bianco, a volunteer for NourishNYC, described the scene before the police arrived as “totally peaceful.” She was picking up food for a volunteer food station when the police rushed into the crowd.

While helping demonstrators get water after they were pepper-sprayed, Bianco says she saw a police medic pouring water into the eyes of two other officers who were standing downwind of the pepper spray and accidentally got the irritant in their eyes.

“The arrests that apparently incited the clash were reportedly over graffiti,” wrote Teen Vogue politics editor Lucy Diavolo, who attended the march. “In the midst of the blockade, I heard someone try to start a ‘graffiti is art’ chant.”

Diavolo adds that she could identify herself in videos posted to Twitter. “I can see the cops going wild; in one video, an officer uses a nightstick to knock down someone already on their knees with their hands raised above their head.”

These cops just got ran up on people pic.twitter.com/RnibVPjKfm

This one clearly has issues with queer folk. pic.twitter.com/6GNtuL0HSC

NYPD is pushing on #QueerLiberationMarch and have made arrests near Washington Square Park. Tensions are rising. pic.twitter.com/vLtiXPDxMC

Police have retreated from the area. It doesn't seem like they were able to bring the protester they were attempting to arrest, but that's not certain. As police pull away, what was very nearly a violent confrontation turns into a dance party. pic.twitter.com/eCR7ZzB2ad

On the anniversary of the start of the Stonewall riots, the NYPD is attacking LGBTQ people who are marching for Pride. Let that sink in. https://t.co/j4ZL4jMHsa

Pepper spray, including of a cop, another falls off a motorcycle, other cops pushing…. at splitter Pride march. pic.twitter.com/kauOXsAwbG

At 11pm on @NBCNewYork, a #Pride weekend demonstration ends with police confrontations and pepper spray. We ask #NYPD what prompted this officer to push a bike-riding protester? pic.twitter.com/8XRRNHnrpK

On Twitter, openly gay City Council Speaker Corey Johnson called for a full investigation into clashes between protesters and police. Johnson called the use of pepper spray on the peaceful protesters “incredibly disturbing.”

The first #Pride started as a response to police brutality. Today, peaceful protesters were pepper sprayed on the 51st anniversary of Stonewall. This is incredibly disturbing.

We need a full investigation into what happened today. https://t.co/QpUG9OIej7

City Council Speaker Corey Johnson is calling for a full investigation into clashes between protesters and police in Washington Square Park yesterday, during a demonstration celebrating Pride. He said it's incredibly disturbing that peaceful protesters were pepper sprayed. pic.twitter.com/CvditkcnpD

In spite of the use of force by police, the organizers of the event said the vast majority of the march was a peaceful celebration attended by over 50,000 supporters.

“DO NOT let the NYPD ruin a gorgeous day like today, on the 51st anniversary of the Stonewall Rebellion,” wrote the group on Instagram. “The sun, the rain and the rainbow came out for us today! And we made history. Let’s carry this spirit forward! Let’s continue supporting our Black Queer and Trans Communities!”

WOW! THANK YOU! An estimated 50K of you joined us on the streets today, plus over 373k views here on Facebook!! So much love to all of us for building an IRL and virtual community, standing for Black Lives and against police brutality through the 2nd annual #QueerLiberationMarch. As of now, we understand that there has been one arrest, as well as many more who experience violence at the hands of the police. Again, if you witnessed or experienced police violence, send photo/video documentation to: media@reclaimpridenyc.org Jail support is already in place and trying to make sure everyone arrested is released safely. AND ONE FINAL MESSAGE: DO NOT let the NYPD ruin a gorgeous day like today, on the 51st anniversary of the Stonewall Rebellion! THE SUN, THE RAIN AND THE RAINBOW came out for us today! AND WE MADE HISTORY! Let’s carry this spirit forward! Let’s continue supporting our Black Queer and Trans Communities! Let’s show up for each other, TOGETHER. Keep loving, keep chanting, keep dancing, keep living. HAPPY PRIDE! Videos/photos: @leandrojusten

Photos by @leandrojusten | Yesterday, 50 years after the first Christopher Street Liberation March, and on the 51st anniversary of the #StonewallRebellion of 1969, history mas made! 50K people showed up and showed out for the #QueerLiberationMarch for Black Lives and against police brutality. And nearly 400K people tuned in to watch the livestream. This march was entirely organized by a queer army of hundreds of people who came together to make history. No corporate sponsors and their heteronormative demands, no NYPD permit, no floats with cops and politicians waving at the crowd. Pride was not cancelled this year, it was reclaimed. 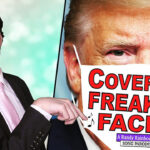 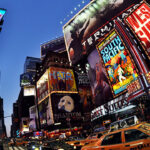 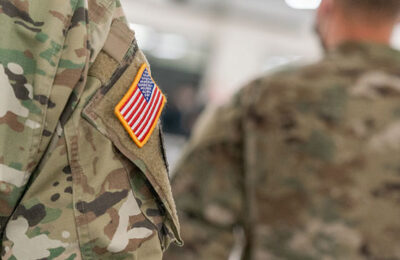 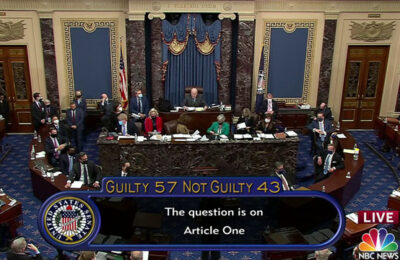