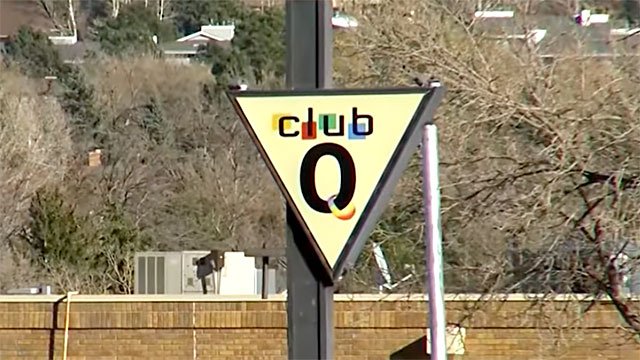 The New York Times has interviewed the hero who took down the suspect in the mass shooting at Club Q in Colorado Springs which resulted in the death of five and injured several more.

Our hero’s name is Richard Fierro, 44, a combat veteran who apparently went full-on G.I. Joe and ripped a gun from the shooter’s hands and beat him with the firearm.

Richard Fierro, a U.S. Army veteran, said he "went into combat mode” to tackle the gunman who killed five people on Saturday at Club Q, an LGBTQ nightclub in Colorado Springs. He said he was at the nightclub watching a drag show with his family. https://t.co/dIUYMFlyYF

Richard M. Fierro said he was at a table in Club Q with his wife, daughter and friends on Saturday, watching a drag show, when the sudden flash of gunfire ripped across the nightclub. His instincts from four combat deployments as an Army officer in Iraq and Afghanistan instantly kicked in. Fight back, he told himself.

Mr. Fierro, who served in the Army for 15 years, said he raced across the room, grabbed the gunman by a handle on the back of his body armor, pulled him to the floor and jumped on top of him.

“I grabbed the gun out of his hand and just started hitting him in the head, over and over,” Mr. Fierro said. As the fight continued, he said, he yelled for other club patrons to help him. A man grabbed the rifle and moved it away to safety. A drag dancer stomped on the gunman with her high heels.

The whole time, Mr. Fierro said, he kept pummeling the shooter’s head while the two men screamed obscenities at each other.

Fierro shares that by the time the police arrived the suspect was “no longer struggling” to the degree that he was concerned he might have killed the suspect.

Military records reviewed by the Times show Fierro was awarded the Bronze Star twice. Today, he and his wife own a local brewery. According to several comments on Twitter, the couple are known and well-liked in the community.

This is his brewery, let’s put their sales over the top:https://t.co/i8p1mBY3Xn