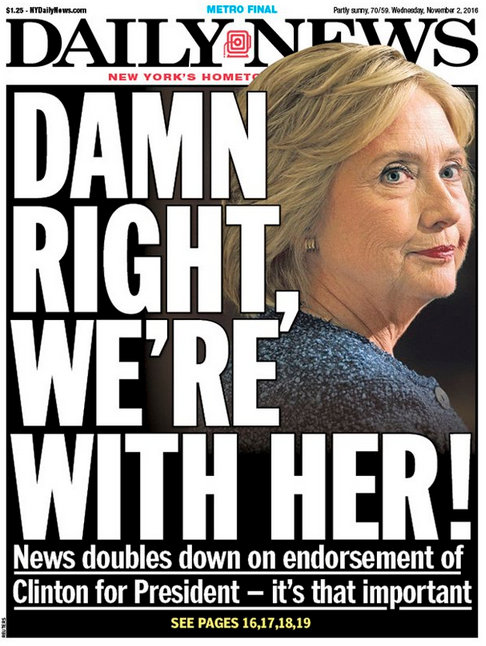 Here’s just a bit of the lengthy and detailed op-ed. I fully encourage you to read the full essay.

We do so with faith that Clinton would be a transformative leader for the good, far beyond making history as the first female President.

And we do so with fact-based, fearful conviction that Donald Trump would lead a nation divided against itself, with catastrophic consequences at home and abroad.

Donald Trump is all about selling a single repulsively flawed product: himself.

Hillary Clinton is no saleswoman. Instead, she is a doer who has a historic chance to prove that the U.S. government can actually work to the benefit of its citizen bosses.

No election in our lifetimes has produced a clearer choice: Clinton over Trump, urgently and by acclamation.

I’ll note that Republican Donald Trump received another endorsement this week – from the official newspaper of the Ku Klux Klan.

That tells you a LOT about Trump’s America.