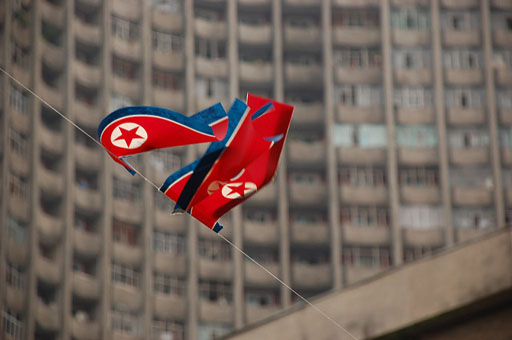 According to the Washington Post, North Korea now has missile-ready nuclear weapons.

This is very, very bad.

North Korea has successfully produced a miniaturized nuclear warhead that can fit inside its missiles, crossing a key threshold on the path to becoming a full-fledged nuclear power, U.S. intelligence officials have concluded in a confidential assessment.

The new analysis completed last month by the Defense Intelligence Agency comes on the heels of another intelligence assessment that sharply raises the official estimate for the total number of bombs in the communist country’s atomic arsenal. The U.S. calculated last month that up to 60 nuclear weapons are now controlled by North Korean leader Kim Jong Un. Some independent experts believe the number of bombs is much smaller.

“North Korea best not make any more threats to the United States. They will be met with the fire and fury like the world has never seen.

“He has been very threatening beyond a normal state, and as I said they will be met with the fire and fury and frankly power, the likes of which this world has never seen before.

Threats of "fire and fury" shouldn't just roll off the tongue so casually in public. It's terrifying. pic.twitter.com/dexoEchK1O— Greg Hogben (@MyDaughtersArmy) August 8, 2017