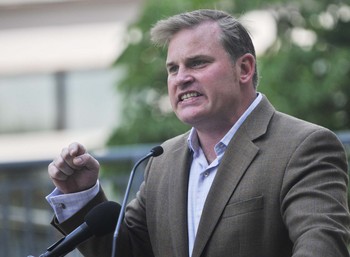 “The battle for marriage as God designed has come to The Land of Enchantment; and it’s your turn to stand in the breach. Every person who believes marriage to be the union of one man and one woman needs to contact Governor Martinez today, urging her and her administration to give their full support to the defense of marriage.

“As you are probably aware, two men applied for a marriage license in Santa Fe County. A brave County Clerk refused to issue the license because she knew, as you do, that New Mexico’s definition of marriage is the union of one man and one woman. As a result, these men have filed a lawsuit seeking to have New Mexico give legal recognition to same sex marriage. And yesterday the Santa Fe Commission voted to support this suit!

“We need the Governor to intervene because the State’s Attorney General is refusing to do so. In fact, the Attorney General has betrayed his oath of office by urging the Court to overturn New Mexico’s recognition of traditional marriage and legalize same-sex marriage.” – Hate group leader Brian Brown, calling on supporters to protest the evil gays in New Mexico.