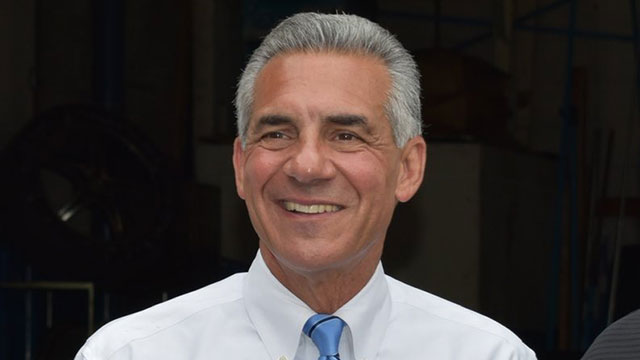 Jack Ciattarelli, the Republican candidate for New Jersey Governor, promised potential supporters during a campaign appearance that if elected he would put a stop to the LGBTQ curriculum currently being taught in schools.

Ciattarelli made the remarks while visiting a gun range on June 26. Video of the comments were released on Tuesday, July 13, by The Gothamist.

“I feel lucky [our kids] are in their 20s and I don’t have to be dealing with what you’re dealing with right now. You won’t have to deal with it when I’m governor, but we’re not teaching gender ID and sexual orientation to kindergarteners. We’re not teaching sodomy in sixth grade. And we’re going to roll back the LGBTQ curriculum. It goes too far.”

First, kindergarteners are not being “taught” sexual orientation. A law recently passed in the state, Assembly Bill 4454, “requires school districts to include instruction on diversity and inclusion” beginning this fall for students in kindergarten through 12th grade.

Ciattarelli was asked about his use of the word.

The candidate said in a statement that it had “absolutely nothing to do with someone’s sexual orientation and the inference that it does is purposefully misleading.” He added, “Read my statement. It has to do with mature content being taught to young children. That is a parent’s job, not the school district’s.”

I don’t think the Republican picked the word “sodomy” to reference all kinds of “mature content.” And I’m not alone.

Jack Ciattarelli, the GOP nominee for governor in New Jersey, is vowing to roll back school curricula that centers LGTBQ inclusivity, falsely claiming that “sexual orientation” is being taught to kindergarteners and sixth graders are learning “sodomy.” https://t.co/oMxmw3u32A


Christian Fuscarino, executive director of Garden State Equality, told The Gothamist that Ciattarelli’s use of the word sounded as if he was “speaking in code or virtue-signaling to a very specific group of people.”

“He goes on to say more bluntly that he wants to roll back some of the progress the LGTBQ community has made,” added Fuscarino. “We’ve seen enough of that at the federal level the last four years with the Trump administration.”

Ciattarelli’s hate does not represent Jersey. His offensive comments are out-of-touch with Jersey values – love, acceptance and compassion. Our state classrooms educate students about the pivotal contributions of LGBTQ people in history despite the persecution they faced.

Teaching LGBTQ inclusive lessons reduces the rates of bullying in schools and can save lives. At a time when suicide and bullying rates among LGBTQ youth are still at alarming levels, we deserve elected leaders who will prioritize inclusion, not pander to far-right ideologues.

Ciattarelli’s opponent in November will be the current governor, Democrat Phil Murphy. Murphy, a longtime ally to the LGBTQ community, has received support and endorsements from several LGTBQ advocates and leaders in the Garden State.