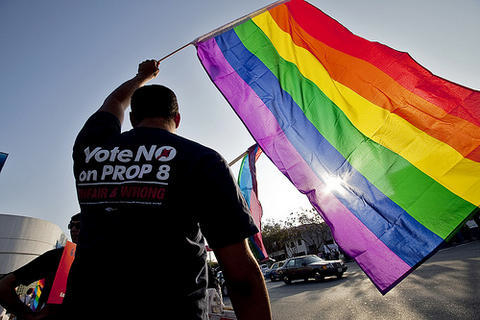 The Ninth Circuit Court of Appeals ruled today that it won’t rehear a case in which Proposition 8 had been ruled unconstitutional, setting up a possible fight before the U.S. Supreme Court.

After a three-judge panel in February agreed with Judge Vaughn Walker’s 2010 decision in Perry v. Brown that Proposition 8 violated the U.S. Constitution’s equal protection clause and the due process clause, proponents of the law sought an “en banc review.” Such a review would have required judicial evaluation by the full Ninth Circuit Court of Appeals and could have included 11 appellate judges, but a majority of justices voted to deny the rehearing.

Now Prop. 8 backers have 90 days to decide whether to appeal to the U.S. Supreme Court, setting the stage for a national case on marriage equality. If they don’t decide to appeal, then same-sex couples would again begin marrying.

The nation’s most populous state narrowly passed Prop. 8 in 2008 and banned same-sex marriage, which had already been legal but then became outlawed. A federal challenge to the ban, led by American Foundation for Equal Rights and attorneys Ted Olson and David Boies, has been very successful, with wins in federal district court and in the Ninth Circuit Court of Appeals.

Read more at The Advocate