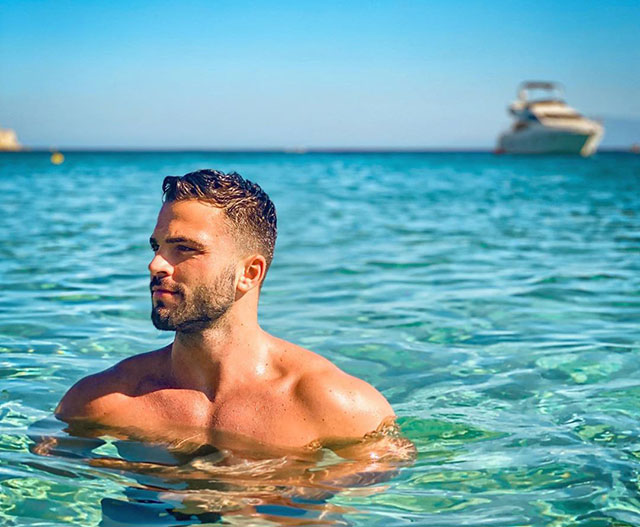 • InstaHunks: Woofy Gustavo Naspolini (above) in Greece reminds me that I was SUPPOSED to be there right now on a cruise. #NoWorriesImOk

• Washington Blade: Richard Grenell, the former acting director of national intelligence and who’s now the face of the Trump campaign’s LGBTQ outreach, snapped at a reporter Friday at the White House briefing for asking him about the global initiative Grenell himself had led to decriminalize homosexuality. #SoMuchWinning

• Boy Culture: Even the widow of Mr. Fred Rogers (Mr. Rogers’ Neighborhood) can’t stand Donald Trump – “The fact [is] that I can’t believe anything he says, not even the simplest thing. This man is pathologically ill. Mentally ill.”

• Associated Press: North Carolina began sending out more than 600,000 ballots to voters today — responding to a massive spike in requests that has played out across the country as voters look for a safer way to cast ballots during the pandemic. The 618,000 ballots requested in the initial wave in North Carolina were more than 16 times the number the state sent out at the same time four years ago. The requests came overwhelmingly from Democratic and independent voters.

• The Hill: A key forecasting model – often cited by experts and used by the White House – has revised its prediction of COVID-19 deaths in the U.S., now estimating a peak of 410,451 by January 1.

• InstaHunks II: One more from Gustavo Naspolini in Greece. I’ll get there someday. In the meantime, I’ve got a pool and Chardonnay to keep me happy 🙂 #HappyLaborDayWeekend