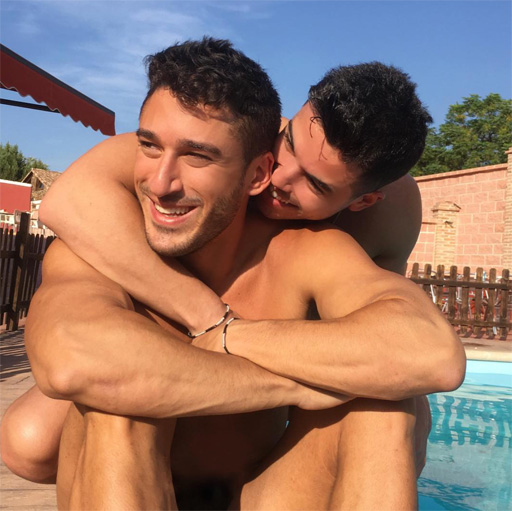 • I’m calling for #TouchTuesdays. Do you ever think about how much you touch (or don’t touch) your spouse/significant other/family/friends? If not, give that a ponder. Human contact literally connects us. I was holding hot hubby Michael’s hand through the streets of NYC this week and remembered how much I like it 🙂

• Have you heard the one about the gay Republican who has spent time on Twitter asking why he should pay for health insurance since he’s young and in perfect shape? The same guy who was in a car accident and realized his hospital bill could be enormous? The same guy who, opposing “free healthcare” set up a GoFundMe campaign so others could pay his bills? I kid you not. #Karma

• Frances Abbott, daughter of former Australian Prime Minister Tony Abbott, has made a video for the “Vote Yes” campaign regarding the current vote-by-mail survey on same-sex marriage down under. Her father has famously opposed legalizing marriage equality even though his own sister is openly lesbian.

• Virulently anti-gay Alabama state Rep. Micky Hammon pleads guilty to mail fraud after cashing campaign donation checks and then moving the money into his personal account to pay his bills.

• Trump voters share why they began to have doubts about voting for Donald Trump:

From cabinet picks to the debate over inaugural crowd size, Trump voters share when they started having regrets https://t.co/qtWJZnqZ6n