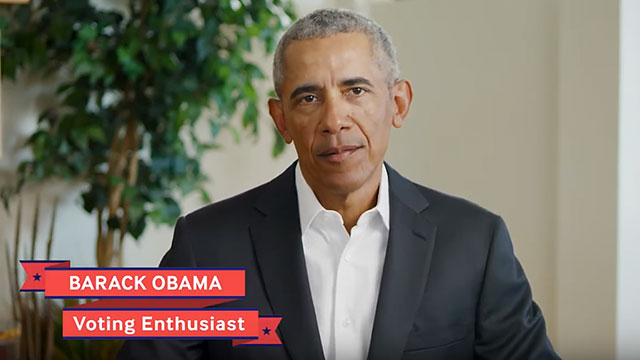 • Reuters: The 2023 European Games, a regional Olympic event, will be held in Krakow, Poland. The announcement was met with disapproval since Krakow has embraced so-called ‘LGBT-free zone’ ideology.

• Gallup Polling: Donald Trump’s attempts to push-push-push the approval of a coronavirus vaccine before Election Day appears to have backfired as Americans’ willingness to be vaccinated quickly has dropped 11 percentage points, falling to 50% in late September.

• Washington Post: The federal prosecutor appointed by AG Bill Barr to review whether Obama-era officials improperly “unmasked” individuals whose names were redacted in intelligence documents has completed his work without finding any substantive wrongdoing. Conservatives have tried to paint the “unmasking” of names — a common practice in government to help understand classified documents — as a political conspiracy.

• Politico: For the fourth time in 3 months, an ad promoting President Donald Trump’s reelection has used footage from Russia.

• The Upshot: If you’re curious about the latest polls – both national and in battleground states – hit the link. The bottom line? Today’s newly-released results show “Biden is ahead, and his lead is either holding steady or widening.”

• Election 2020: Bruce Springsteen himself gave his blessing to the use of his song “Streets of Philadelphia” for a new campaign ad titled, “America Needs Pennsylvania.” This might be one of the most powerful campaign spots of the 2020 cycle. #VOTE

We need more than **1 MILLION VIEWS** before he lands.