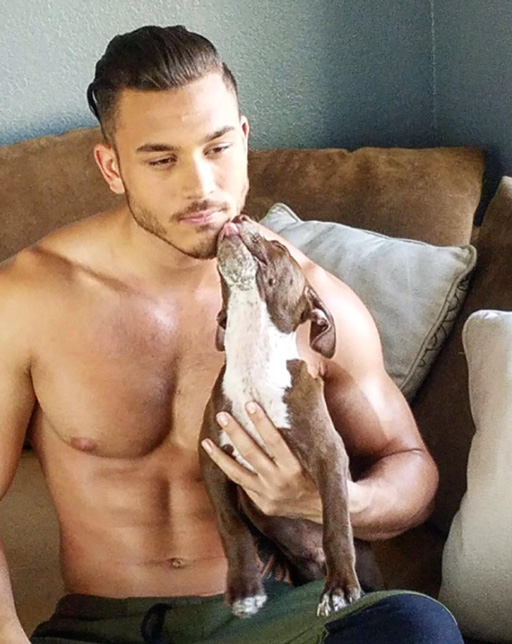 • Memorial Day weekend means we head into the dog days of summer. I’m not complaining 😉

• United Airlines wrongly accused a gay dad of having his hand “too close” to his son’s genitals during a flight. United has since apologized but asked the man to “keep it low key” due to the airline’s recent bad press.

• In high school, Wyatt Pertuset was homecoming king, prom king, student body president and an out football player. Check out his terrific coming out story over at OutSports.

• Speaking of out athletes, the former CEO of the Cleveland Browns thinks Michael Sam’s short foray into the NFL could prevent other closeted football players from coming out.

• The White House may have a team of lawyers vet President Trump’s tweets before the Donald sends them out into the interwebs.

• Check out hottie Rob Gronkowski get soaking wet washing his car, serve sushi from his bare bod and literally flip out in a pillow fight in the new “On My Mind” video from dance music DJ/producer 3LAU. I like the song, btw.