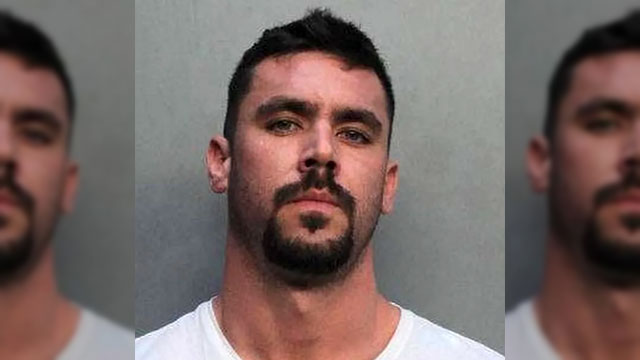 • Yahoo News: A Miami businessman, David T. Hines (above), was sentenced to more than six years in prison Wednesday after pleading guilty to fleecing $3.4 million from a federal COVID-19 relief program. The 29-year-old reported spent the money on luxury items including a $318,000 Lamborghini Huracán Evo.

• New York Post: Randall Menges, convicted of consensual gay sex as a teen in the ’90s under so-called ‘sodomy laws,’ will not have to register as a sex offender in Montana, a federal judge ruled on Tuesday. Menges did seven years in prison for the crime. In 2003, the Supreme Court struck down sodomy laws often used against gay men.

• The Daily Beast: Multiple women paid by Rep. Matt Gaetz’s wingman and close associate Joel Greenberg claim they felt pressured to do drugs and have sex with him.

The Daily Beast talked to 12 women wrapped up in this sex ring that Joel Greenberg says he and Matt Gaetz were involved in. Some women say they felt pressured to have sex and take drugs. They all were paid.https://t.co/DPjCIwjPZk

• Edge Media: The year 2021 has already set the record for the most anti-LGBTQ laws to be passed – and it’s only May.

• Buzzfeed: Instagram now allows users to include their pronouns as part of their profile.

• Morning Consult: Fifty-seven percent of unvaccinated adults said a big cash payment, such as a $1,000 savings bond, would sway them, while 43 percent said they’d probably or definitely get vaccinated if they were offered a smaller reward, such as a $50 bond.

Nearly 3 in 5 Unvaccinated Adults Say a Big Financial Incentive Would Sway Them to Get a COVID-19 Shot https://t.co/uAlSuOAsgd via @mg_galvin pic.twitter.com/xrMxHKjGQ9