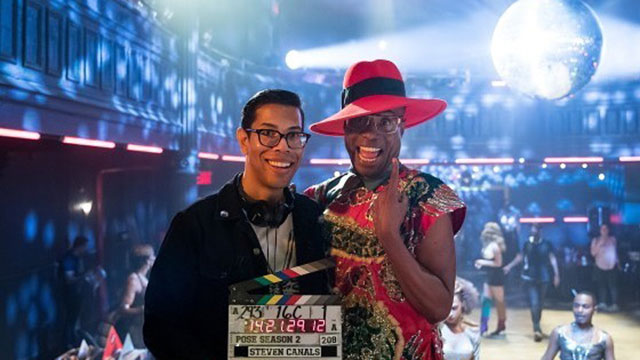 • Instagram: Emmy Award winner Billy Porter (above) looks euphoric as the cast of Pose begins working on Season 3. “I couldn’t be more excited to be back on set with my @poseonfx family today to start shooting season 3 of this show that I’m so proud to be a part of. I can’t wait for y’all to see what we have in store for you this season – it’s going to be epic hennies!”

• Washington Post: Bipartisan congressional negotiators reached an agreement today on a roughly $8 billion emergency spending bill to combat the coronavirus, hoping to send it to Donald Trump’s desk by the end of the week. The deal must still be voted on by the House later Wednesday and the Senate on Thursday.

• New Music: Loving the latest from Malia Civetz, “Broke Boy,” a gospel-tinged, pop bop that finds Civetz extolling her guy’s assets even if they aren’t financial. Her raise-the-roof, full-throated vocals paired with a body-positive/sex-positive message is definitely a winning combination. I think we’ll be hearing a lot from the powerhouse vocalist.

“I love my broke boy…there’s no credit card that’s gonna buy my heart, cuz I gave it all to a broke boy.”

• Cape Town: Two teen boys, aged 14 and 17, allegedly gang-raped a lesbian over the weekend in an attempt to ‘correct’ her sexuality just a day before the annual Cape Town Pride Festival on Saturday.

• NBC News: After failing to win any states on Super Tuesday, Sen. Elizabeth Warren (D-MA) is reportedly “assessing” her path forward. Her campaign manager sent an email to staff Wednesday morning, saying that they are “disappointed” in the Super Tuesday results and that Warren will be “going to take time right now to think through the right way to continue this fight.”