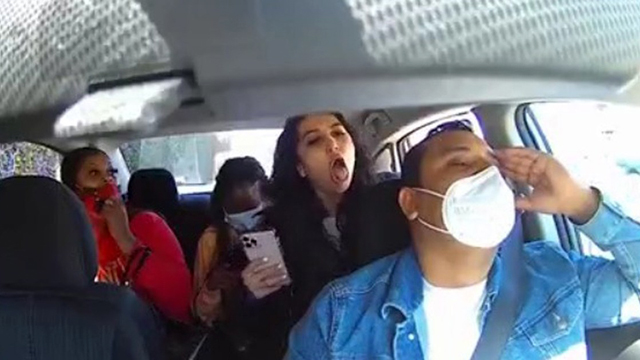 • AP News: The European Parliament is scheduled to debate a resolution on Wednesday that would declare the entire 27-member European Union a “freedom zone” for LGBT people. The move is seen as a reaction to actions in Poland, where many local communities have adopted symbolic homophobic resolutions declaring themselves free of “LGBT ideology.”

• Pink News: There was widespread shock when LGBT+ Rights Ghana, an advocacy organisation, had its offices raided and shut down by national security forces in February. On Monday, parliamentarian Samuel Nartey George announced that he and seven other MPs will bring forward legislation in an effort to criminalize the promotion of LGBTQ rights.

• NowThis News: An Uber driver (above image) in San Francisco, CA, was assaulted by passengers after one of them allegedly refused to wear a mask (warning: distressing). The San Francisco police are now investigating the women for possible charges. A GoFundMe was launched to help the driver here.

• Washington Post: President Biden confirmed Wednesday that his administration plans to secure an additional 100 million doses of the single-shot vaccine developed by Johnson & Johnson. The additional doses will reinforce the supply needed to offer all American adults a vaccine by the end of May.

• Twitter: Donald Trump issued a pathetically lame statement tonight “reminding” people HE should get credit for the COVID vaccines. He notably doesn’t take responsibility for the 529,000+ American deaths that occurred thanks in part to his admitted ‘downplaying’ of the virus.