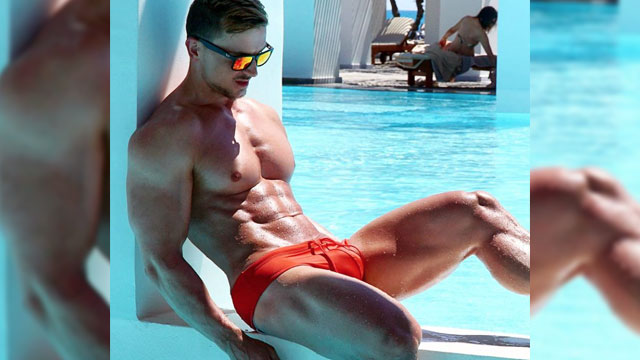 • Just Because: InstaHunk Yes.Its.Andy (above) shares this calming scene. Follow him here. Can I just say I liked the colors?

• JoeMyGod: Republican senators have issued a statement calling for the repeal of wearing masks on public transportation because it could ruin family vacations.

• Deseret News: Family nurse practitioner Aaron Hartle (45-year-old former triathlete and father of five) decided he wasn’t in any hurry to get vaccinated against COVID-19, even though the virus killed one of his patients. In June, COVID-19 sent Hartle to the hospital for a week. Back at home, he remains on oxygen and tires easily as he talks about an ordeal that that didn’t need to happen.

Former skeptic has a message for Utahns who think they don’t need the COVID-19 vaccine https://t.co/1ZLMFpLU1r pic.twitter.com/5XoTfjKxtp

• NBC News: Britney Spears was granted a request to hire her own attorney on Wednesday, a development that could mark a major shift in how her 13-year conservatorship case has been handled.

• Raw Story: According to Michael Wolff’s new book Landslide, Jared Kushner would apparently ‘slow-walk’ Donald Trump’s temperamental orders in order to lower the immediate temperature precisely to the point where the president would not notice (due to his short attention span) and Jared would not be blamed.

• LGBTQ Nation: Today is International Nonbinary People’s Day and Twitter is celebrating with an outpouring of heartfelt emotion. #InternationalNonbinaryDay is trending with thousands of tweets from supporters and enbies themselves.

Happy #InternationalNonbinaryDay, there are no rules to being nonbinary and nonbinary people don’t owe anyone a damn, especially not in how we present 🌟✨ pic.twitter.com/yPHdp767ZP