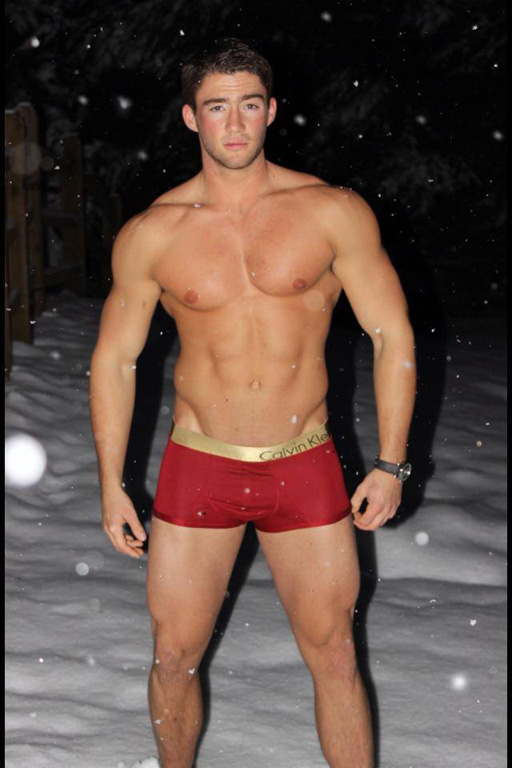 • It may be cold in a lot of the U.S., but fitness trainer/model Austen Gravett (above) says the cold never bothered him anyway.

• Christa Leigh Steele-Knudslien, the founder of the Miss Trans America Pageant, was found stabbed to death in her Massachusetts home on Friday. Her husband, Mark Steele-Knudslien, 47, has been charged in the murder after confessing to the crime. Christa, sadly, becomes the first transgender woman killed in 2018.

• Alt-right provocateur, homocon and professional asshole Milo Yiannopoulos will be representing himself in his lawsuit against his former publisher, Simon & Schuster, after his own lawyers dumped him.

• Donald Trump says he wants $18 billion in funding for his wall along the Mexican border or he won’t allow the DACA program to continue. The outcome will affect 800,000 young people who were brought to the U.S. as young children. Remember the 1,000+ times Trump told the world Mexico would pay for the wall?

• The West Hollywood gays in L.A. were dying when THE Diana Ross dropped by popular gay hang The Abbey with her son Evan this past Saturday night. Video shows she still can groove. She is still The Boss.