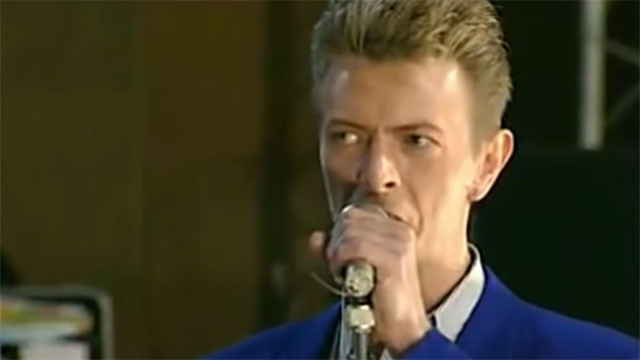 • Variety: After months of negotiations, the estate of legendary rocker David Bowie (above) has sold the singer’s formidable publishing catalog to Warner Chappell Music for a price upwards of $250 million, sources confirm to Variety.

• Instinct: Palm Springs, one of the gayest cities in America, could end up with a homophobe representing it in Congress due to redistricting.

• OUT: Olympic gold medalist Tom Daley has been named to the Most Excellent Order of the British Empire (or OBE, for short) for his contributions to British culture as a world-renowned diver. Daley plans to use the opportunity to advocate for inclusivity, especially when it comes to his fellow members of the LGBTQ community.

Leave it to @TomDaley1994 to use his platform for our community again and again! https://t.co/EEz1Dk0mjg

• LA Times: Will this pandemic ever end? Here’s what happened with the last ones and how they resolved (or didn’t).

• Gr8erDays: The forward-thinking nostalgia site devoted to stars of the ’80s and before reminds us we still have the fabulous Angela Lansbury among us to celebrate.

• Axios: American car buying could soon look a lot more like it does in Europe, as some companies plan to capitalize on the current inventory crunch by permanently shifting to an order-based system.

• The Independent: Allies of former president Donald Trump planned a campaign of harassment and intimidation against election officials and “weak” Republicans that was to culminate in what would become the violent attack on the US Capitol, according to new documents provided to Congress by Bernard Kerik.