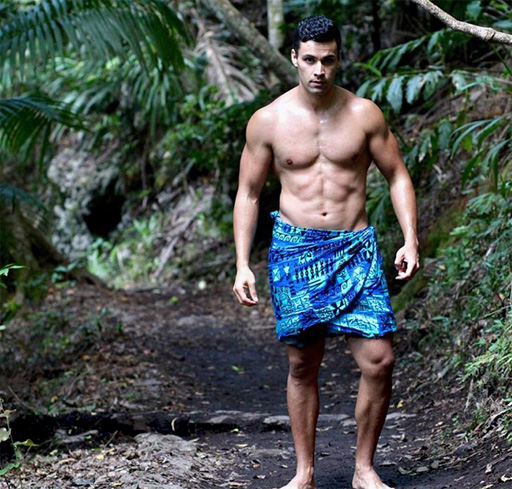 • I’m still jazzed about 2016 Summer Olympic sensation Pita Taufatofua (above) becoming a cross-country skier heading to the 2018 Winter Olympics in only a year.

• A young gay came out to his mother in Mississippi last week. But when the mother didn’t know how best to respond, she wisely called a gay bar looking for advice 🙂

• The Twitterverse is not happy seeing Timothée Chalamet lose the Golden Globe and SAG Awards for his acclaimed performance in Call Me By Your Name to Gary Oldman.

• Back2Stonewall reports on anti-LGBT banners outside a gay-friendly church near Indianapolis. The banner read, “Die Faggots Just Like Orlando and Las Vegas.” #HowCharming

• According to Fox News host Howard Kurtz’s new book, Media Madness: Donald Trump, The Press, And The War Over The Truth, Donald Trump secretly admitted he was wrong to have former White House press secretary Sean Spicer exaggerate the size of the crowd attending his inauguration.

#tbt let’s lay it back like we used to and start the weekend early!! I always had the best time shooting with The MAN @vernondeck, this will be the first of many awesome photos I’ll be sharing that we made before social media was a thing! 😜 . . #throwbackthursday #oldschool #beforeinstagram #backintheday #throwback #goodolddays #halfpipe #shred #shredding #snowlife #getinspired #livelife #passionate #myway #timeofmylife #rockstarenergy #ridingisthereason #snowboarding #rockstarsnow #shredoptics #girlswhoshred #roadtokorea #myvans #snowboard #olympics2018 #freestyle #slopestyle
A post shared by 🍒Cheryl Maas🍒 (@cherylmaas) on Jan 11, 2018 at 6:33am PST