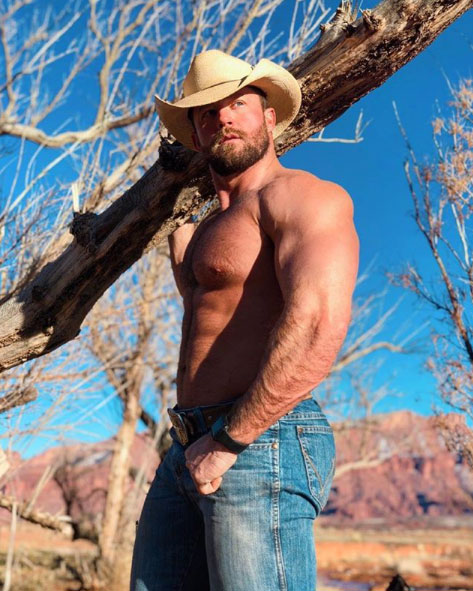 • I love Wrangler jeans. And the outdoors. And cowboy hats. And something else, wait, it’s coming to me… 🙂

• The movie Boy Erased, based on Garrard Conley’s real-life journey through so-called ‘conversion therapy’ will not be released in Brazil. Universal Pictures says the film won’t be released due to ‘financial reasons.’ The South American country recently elected openly-homophobic Jair Bolsonaro as president.

• If you ever wondered EXACTLY what it’s like to be bullied at school as a young boy, before he’s even figured out who he is, please read this by my talented friend, David Toussaint. Definitely worth the read.

• ABC News: An investigation by a government watchdog organization shows President Donald Trump’s four trips to his Mar-a-Lago club in Florida over four weeks in March and February 2017, including his summit with the Japanese prime minister, cost the government nearly $14 million.

• Opera singer David Daniels and his husband Scott Walters, were arrested Tuesday over allegations of rape by baritone Samuel Schultz in 2010. Schultz, who told police he was drugged and raped in 2010, came forward with the allegation in August.

• Texas political phenom Beto O’Rourke gave Oprah “a strong signal” he is seriously considering a 2020 run for the White House.

Talking with @Oprah just now, Beto sends a strong signal he is weighing a run for President and will decide by the end of the month. Oprah characterized his remarks as “leaning towards a run” and Beto did not correct her… #nhpolitics #Beto #Beto2020 #DraftBeto pic.twitter.com/Nz1c4F1lxC

• A seven year-old boy in Wisconsin was beaten, tortured and buried in the snow until he died of hypothermia for not knowing his Bible verses.

Neil Tennant describes the track as “a satirical song about the poor quality of political leadership in the modern world.”