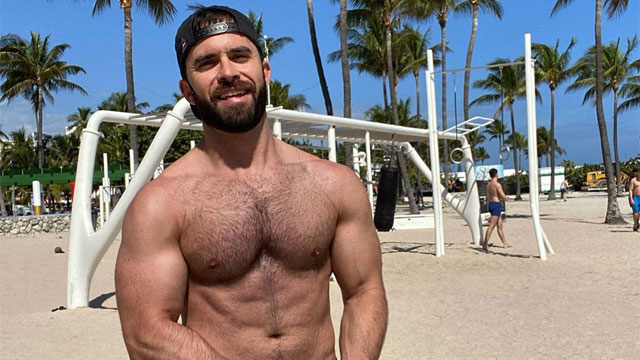 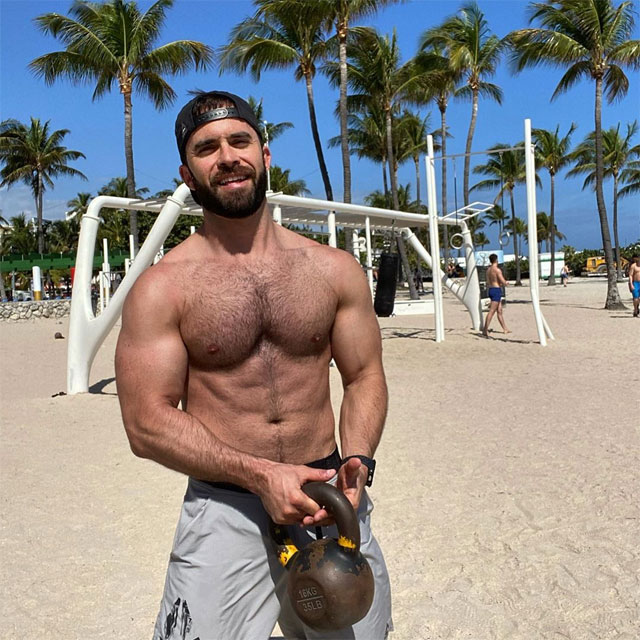 • InstaHunks: Fitness trainer Diego Lozano (above) couldn’t resist working out on South Beach in Miami although he does note, “A little shade wouldn’t go wrong with this gym.” Follow him on Instagram here.

• Washington Blade: The Virginia Senate on Monday passed a bill that would prohibit health care providers from engaging in so-called conversion therapy for minors. The Virginia House of Delegates on Feb. 3 passed its version of the bill. Governor Ralph Northam is expected to sign it into law.

• Pink News: An activist group called Queers Against Pete tried to shout down Pete Buttigieg for ‘not representing’ the community while he was talking about his husband. The activists list a string of policy disagreements and grievances with the “out of touch” Buttigieg but are not targeting any of the heterosexual candidates in the race who hold similar policy positions – only Buttigieg.

• DListed: Social media users roasted music legend Chaka Khan for her rendition of the national anthem at the NBA All-Star game this weekend. I render no verdict – take a listen.

• NewNowNext: When RuPaul swung by Live With Kelly and Ryan Monday to dish about hosting SNL, he and Kelly Ripa, who hosted SNL back in 2003, shared stories about what it’s like being caught up in the chaotic live taping of the show—particularly between sketches.

• Campaign Ads: I will give Mike Bloomberg’s campaign team this, they can come up with some devastating ad spots. Check out these two – a President’s Day spot that contrasts the dignity and uplift of previous presidents to the current occupant of the Oval office. The second highlights the overly-aggressive trolling by so-called ‘Bernie Bros’ who routinely attack anyone who doesn’t support their guy.

In honor of #PresidentsDay, let’s take a look at what it means to be president.

Or rather, what it used to mean. pic.twitter.com/gknOdIbWoc

We need to unite to defeat Trump in November. This type of “energy” is not going to get us there. https://t.co/bPuUZMs2d6 pic.twitter.com/Tdp6mpWjcX 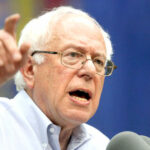 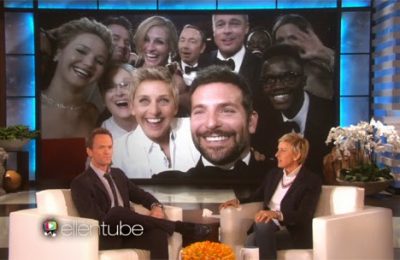 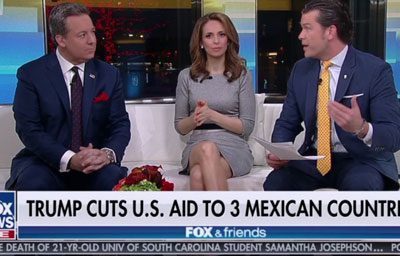