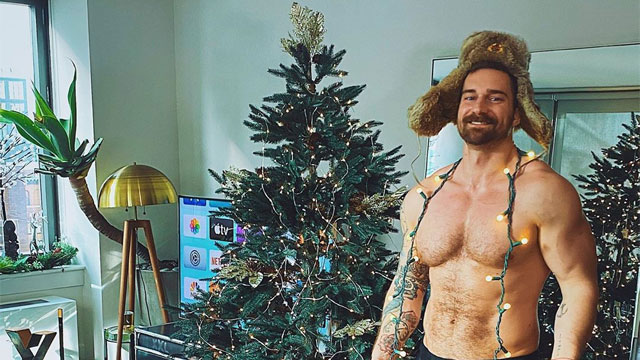 • OUT: The mother of a child who committed suicide due to excessive bullying has sued the school on the basis of neglect and creating a hostile environment for LGBTQ students.

Killer Inside: The mind of Aaron Hernandez. From the studio that brought you Making a Murderer and Evil Genius, witness the rise and fall of the infamous athlete Aaron Hernandez. How can someone who had everything throw it all away? January 15, only on Netflix. pic.twitter.com/tak2JAwXj5

• Christianity Today: The president of the evangelical magazine supported his editor in chief’s recent op-ed calling for the removal of Donald Trump. “The global Body of Christ — and the community of evangelicals — is vastly larger than our domestic political squabbles. But partly on behalf of that global body, we can no longer stay silent. We write for a readership of One. God is our Tower. Let the whirlwind come.”

• The Verge: Theaters are receiving a new version of Cats with “some improved visual effects,” just days after it premiered to dismal reviews. Last-minute tweaks apparently left room for mistakes like Judy Dench’s human hand slipping through unnoticed.

This isn’t a joke: CATS was rushed into theaters before being finished so a new version is being sent to theaters with updated effects. How do you know if you have the old version? Look for Judi Dench’s human hand, wedding ring and all. pic.twitter.com/VDUOevePU9

• AP News: After Sen. Elizabeth Warren accused Mayor Pete Buttigieg of holding fundraising events in “wine caves” serving $900 bottles of wine, the owners of the venue that hosted the event pushed back. They say wine caves are common at wineries in Napa Valley because they’re good for storing wine at cool temperatures.; no $900 bottle of wine were served; and no one attended thinking they would become besties with Mayor Pete.

• Will & Grace: Sean Hayes tweets a photo of the fab four taking a final bow as the last episode of Will & Grace was shot, and the unexpected revival of the hit sitcom comes to a close.

And that’s a wrap from Stage 22 on the backlot of Universal Studios. What a glorious end to an amazing experience. Thanks to all of the fans. This was all for you. ❤️ #WillandGrace pic.twitter.com/KJgttteFRC