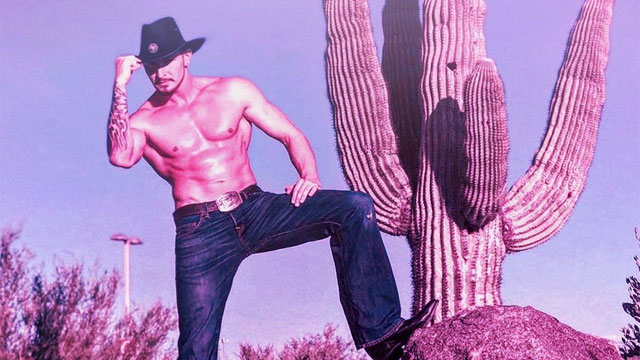 • InstaHunks: Here in Las Vegas, they do things a little differently during the holidays. For instance, a cactus could be used as a Christmas tree. But I could only find this pic (above) of a Chippendale and…what was I saying? Dangit – I know I had some point to make. Oh well 🙂

• The Daily Beast: Stonewall House, the first-ever LGBT-welcoming senior housing development in New York City has officially opened. The first residents are expected to move into the 145-unit building in Brooklyn before Christmas, with the rest of the residents moving in throughout January.

• Medium: Over 1,000 American historians have signed a letter supporting the impeachment of Donald Trump. “It is our considered judgment that if President Trump’s misconduct does not rise to the level of impeachment, then virtually nothing does.”

• Reuters: Germany could become the first major European power to ban so-called ‘conversion therapy’ across the entire country. The legislation, which parliament is expected to pass by the summer, will punish violations with imprisonment of up to one year or a fine of up to 30,000 euros ($33,100).

• Christmas Music: In its first 12 months, the 1984 all-star charity recording “Do They Know It’s Christmas?” raised £8 million to help efforts to ease famine in Ethiopia. The original recording remains one of the biggest selling singles in UK history.