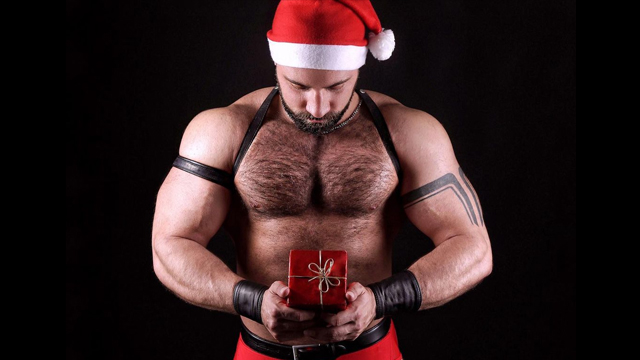 • InstaHunks: Fitness trainer Dominik Scherl (above) wants to know who’s been naughty and who’s been nice? 😉

• NY Times: Congressional leaders are on the verge of cementing a roughly $900 billion stimulus deal that is expected to provide a new round of direct payments to millions of Americans as well as additional unemployment benefits, food assistance and rental aid.

• Twitter: After President-elect Joe Biden formally announced Pete Buttigieg today to be his pick for Transportation Secretary, Buttigieg shared his thoughts of a time when gay people had a much more difficult time making progress in Washington, D.C. With this nomination, Buttigieg could become the first LGBTQ cabinet appointee confirmed by the U.S. Senate.

I’m mindful of the history of this appointment, knowing this is the first time an American president has ever sent an openly LGBTQ cabinet appointee to the Senate for confirmation. pic.twitter.com/txVuqO4o59

• Washington Blade: As the Trump administration is nearing its end, federal agencies are hurriedly finalizing regulations granting leeway to religious institutions that are federal grantees and contractors, which critics say would enable anti-LGBTQ discrimination. Because these regulations went through a rule-making process, the Biden administration won’t be able to easily undo them.

• KIT212: Kenneth takes a look at the popular podcast, Gayest Episode Ever, which looks at LGBTQ+ themed episodes from shows past, back when LGBTQ+ characters and storylines were rare and (often) done terribly. The podcast is not only touching, funny and smart, but it also provides insightful commentary on the evolution of queer representation, gay rights and how culture can both affect, and be affected by, what we see on TV.

• The Advocate: The venerable queer magazine offers its list of the ‘Top 15 Best LGBTQ+ TV Shows of 2020.’ Hit the link to see if your favorite made their list.

• Texas Tribune: A former Houston police captain was arrested after allegedly running an air conditioner technician off the road and threatening him at gunpoint on October 19 in an attempt to ‘prove’ the man had over 700K fake ballots. “There were no ballots in the truck,” according to a Harris County district attorney’s office press release. “It was filled with air conditioning parts and tools.”