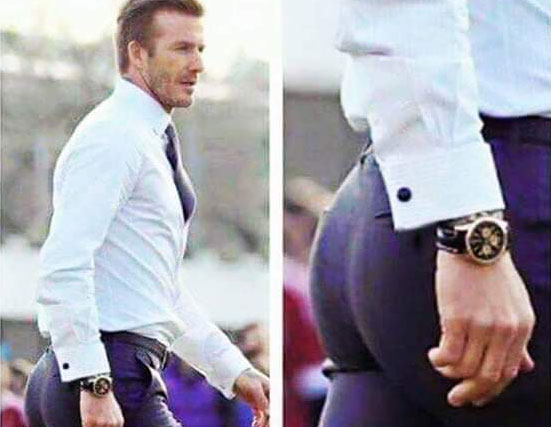 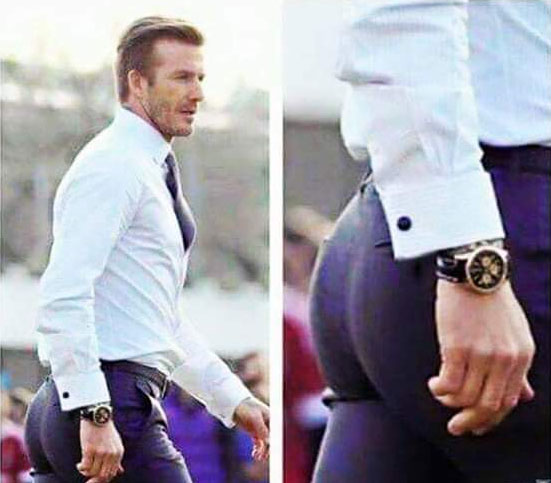 • Reddit: Hottie David Beckham (above) has a really, really nice…watch.

• NY Times: The latest developments on the impeachment of Donald Trump.

• Philadelphia Inquirer: Democratic Rep. Jeff Van Drew announced last week his intention to switch parties and become a Republican after less than a year in office. Voter fraud might be rare, but Van Drew has essentially defrauded people who voted him in.

• NBC News: Sen. Lindsey Graham (R-SC) isn’t even pretending to be an impartial juror. “I’m not trying to pretend to be a fair juror here.” Please note: Senate rules require members to take a specific oath before an impeachment trial gets underway: “I solemnly swear (or affirm) that in all things appertaining to the trial of ____, now pending, I will do impartial justice according to the Constitution and laws, so help me God.”

• LA Times: The Supreme Court refused Monday to hear a major case on homelessness, letting stand a ruling that protects homeless people’s right to sleep on the sidewalk or in public parks if no other shelter is available.

• Politico: Congress is on the verge of a sweeping health care reform – Federally prohibiting the sale of tobacco products to people under 21.

• PBS News Hour poll: Biden leads with 24%, followed closely by Sanders at 22%. Massachusetts Sen. Elizabeth Warren is third with 17%, followed by South Bend, Ind., Mayor Pete Buttigieg at 13%, all together making up a clear top tier of four candidates.

• Christmas Music: Faith Hill’s “Where Are You Christmas?” from the soundtrack of the 2000 holiday film, Dr. Suess’ How The Grinch Stole Christmas,  co-written by James Horner and Will Jennings.

Christmas and pop power ballad (with a big ole key change) all in one. What’s not to like?