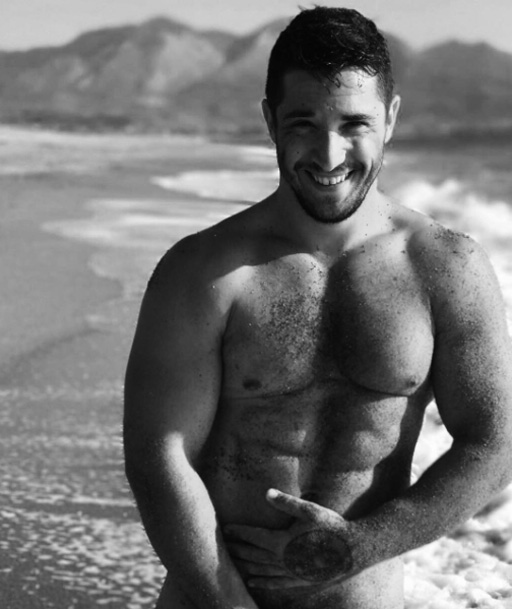 • Model Steve Raider’s prescription for a happy life, “A smile a day,” accomplishes his goal; at least on my end 🙂

• Powerball announced that a single ticket sold at a convenience store in Chicopee, Mass., was the winner of Wednesday night’s $758.7 million jackpot, the second-largest lottery prize in U.S. history. Can you imagine? I can 🙂

• India’s Supreme Court has ruled that privacy is a “Personal Liberty guaranteed in Article 21 of the Constitution.” The ruling has implications for several other issues, including sexual rights and freedoms for LGBTs.

• The city of Athens, Ohio joined Cincinnati, Columbus, Toledo, and Dayton in banning the dangerous and discredited practice of “conversion therapy” on minors.

• For 12 hours, MTV Australia is replacing its regular lineup with an automated message urging Aussies to make sure and sign up for upcoming marriage equality mail-in vote.

• Anderson Cooper calmly and methodically offers this epic takedown of Donald Trump’s lies and attempts to rewrite history at his rally in Phoenix earlier this week.

CNN host Don Lemon also offered his take on the Trumpster’s speech: “a total eclipse of the facts” and “without reason.”