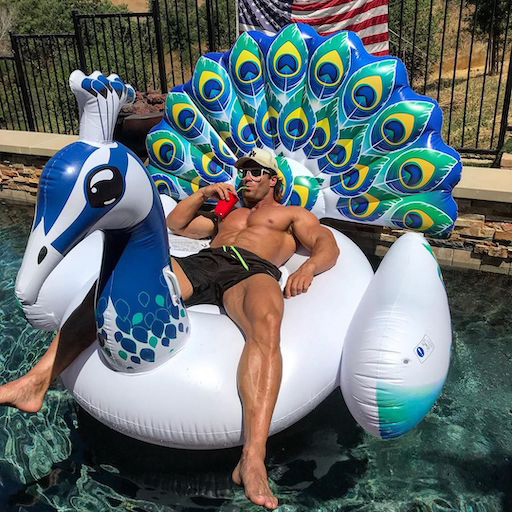 • InstaHunks: Bodybuilder and fitness expert Calum Von Moger shares the above pic with a humorous touch embracing his inner peacock as he writes, “I was made for this moment.”

• LGBTQ Nation: While crime overall in major cities has declined over recent years, a new study shows hate crimes increased 9% over the last year. That makes for the 5th consecutive increase and the largest jump since 2015.

• Morning Consult: New polling shows the second round of debates among Democratic presidential candidates did little to shake up current standings. Thirty-two percent of Democratic voters still say former Vice President Joe Biden is their first choice, just 1 percentage point down from MC’s polling after the first debates. None of the candidates shifted more than 2 points.

• Wall-Street Journal: While median income in the U.S. has gone up 14% in 30 years, housing prices have gone up 290% and college tuition has risen 311% making life for the middle class even more difficult.

“’Bad as the Boys’ is about my first summer girl crush when I was in my teens,” says the singer. “It’s about that sting you feel in your heart when you know summer is coming to an end and so is the romance.”