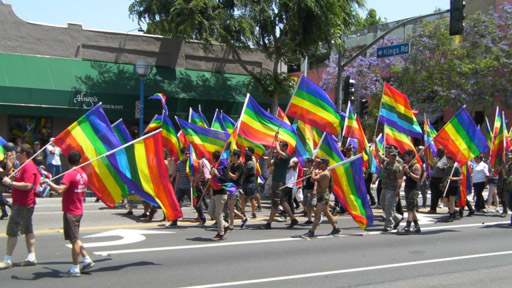 • This Spanish businessman says viewing a bullfight is less dangerous for children than seeing a gay pride parade.

• A Catholic priest from Detroit says gay sex is like “cramming a piece of bagel in your ear.” I think he’s doing it wrong.

• ABC’s What Would You Do? explores how folks would react if they saw a gay couple talking to their surrogate mother get attacked by haters. Guess what happened?

• Politico’s panel of experts say Donald Trump can’t win in Iowa because his supporters won’t take the time to deal with the process of a caucus.

• Bonus Trump: The experts at FiveThirtyEight say The Donald’s much talked about lead in the polls isn’t big enough (historically) to mean he’ll win.

• Let’s face it – you want to watch Olivia Newton-John & daughter Chloe Lattanzi’s new hit music video “You Have To Believe” just one more time this week, don’t you?

• And finally – speaking of watching, the Dallas Cowboys are giving you junk in the trunk.