Rocker Lenny Kravitz knew how start the year out right when he shared a fresh photo on social media of his bare booty taking a walk on the wet side. END_OF_DOCUMENT_TOKEN_TO_BE_REPLACED 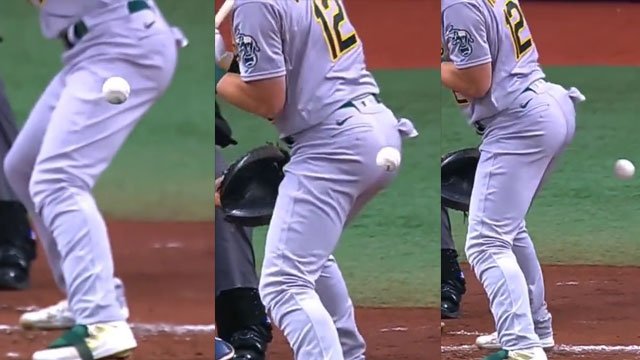 How could I pass up a baseball butt story? It’s no secret I love the beginning of baseball season, especially when the teams’ uniforms provide the appropriate showcase for the players’ “assets.” END_OF_DOCUMENT_TOKEN_TO_BE_REPLACED 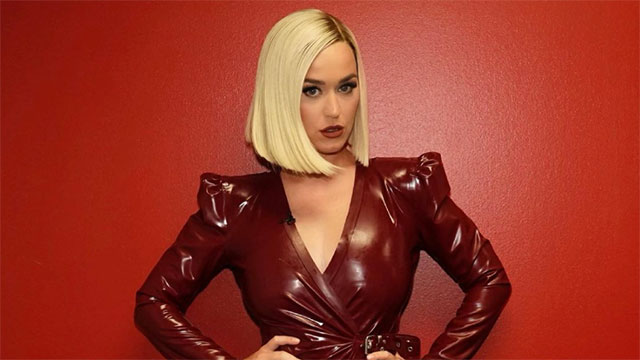 • Instinct Magazine: As Katy Perry (above) prepares for her Las Vegas residency, she thanked the queer community: “That is my community. That is my show. That is my people. It’s my everyday life.” END_OF_DOCUMENT_TOKEN_TO_BE_REPLACED 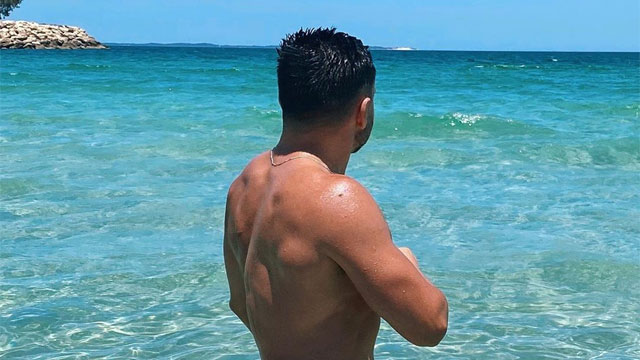 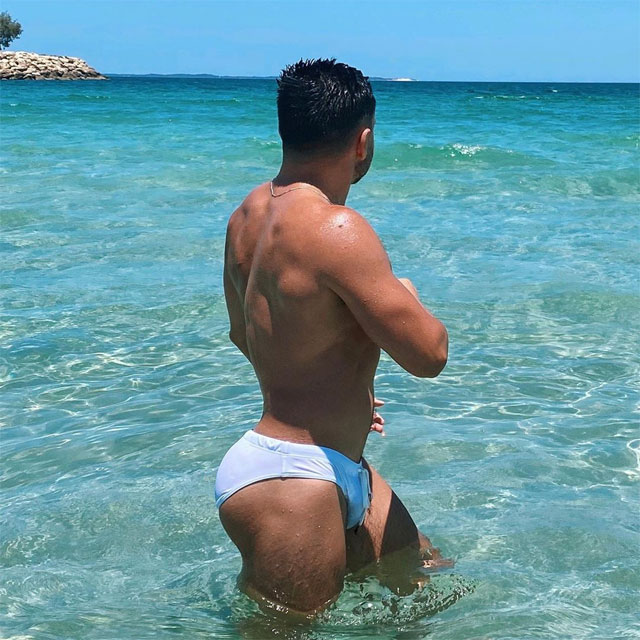 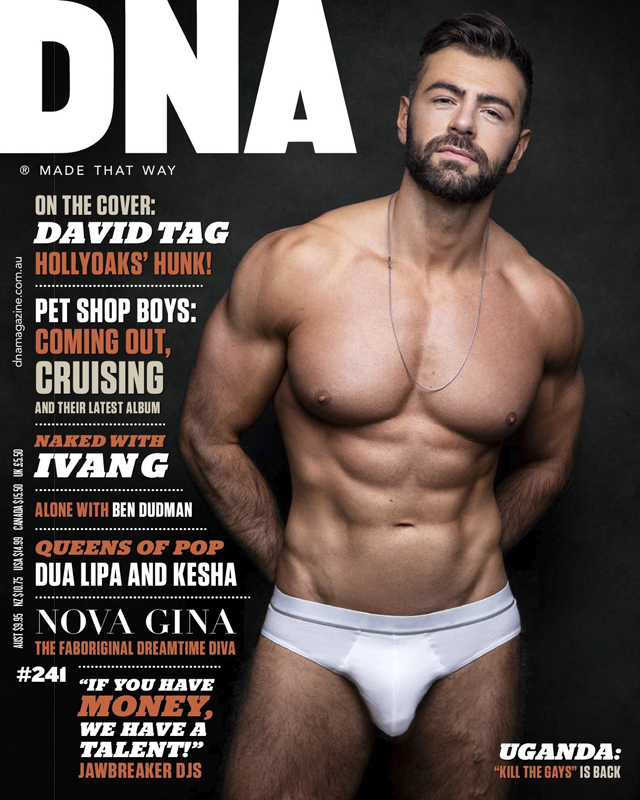 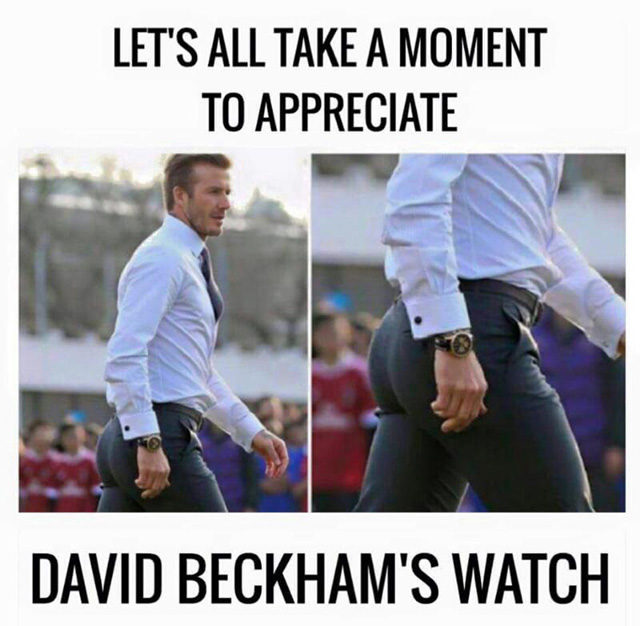 Let’s face it: former professional footballer and all-around hottie David Beckham is eye-candy for the ages.

And here’s some #FBF action to prove it.

A thread over at Reddit’s r/gay chat recently discovered this eye-catching meme from a while ago highlighting Beckham’s bodacious watch. How did I miss this???

The pic of Beckham’s “watch” went viral when an eagle-eyed fan zoomed in on the legendary footballer’s timepiece from Tudor Watches. It turns out the 44-year-old is an ambassador for the brand and wears their Black Bay Bronze diver’s watch.

But in close-up, many found something much more interesting to focus on.

The meme is fun, but so are the comments by the thirsty Redditors.

Here are just some of the comments from the gays of Reddit showing their appreciation for Beckham’s big, fat, wonderful ‘watch:’

“He has such a nice…watch.”

“I need to do things to that watch.”

“I want to eat that watch.”

“The watch was literally the last thing I noticed.”

“Goddamn, he’s got a watch you could bounce a quarter off of. That watch is so nice I wouldn’t mind adjusting it a little bit, and I’m a complete bottom.”

But the winner for best response just might have to be:

“Takes a licking and keeps on ticking.”

And while we’re here, let’s take a quick trip through some of dashing David’s Instagram for some holiday inspiration and woofy goodness. Happy Friday!

Good Morning and Happy Christmas Eve.. Can you tell I’m slightly excited 😆 chestnuts roasting on an open fire and all that 🎄

Must say, I’m quite happy with how this turned out 😅 Thanks for the graffiti lesson… An enjoyable evening in Berlin with @tudorwatch and my new #BlackBay P01. #BornToDare 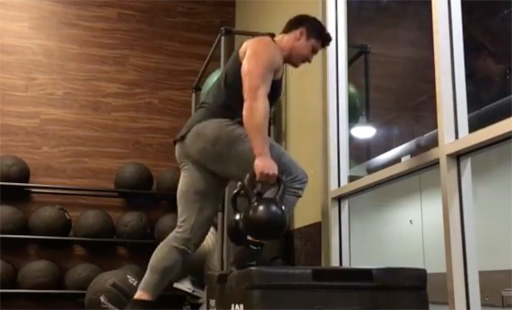 This is practically a “Just Because” for me, because, well… cake.

But in truth, I’ve been thinking lately about focusing my workouts on the backside.

So, for your educational viewing pleasure… 🙂 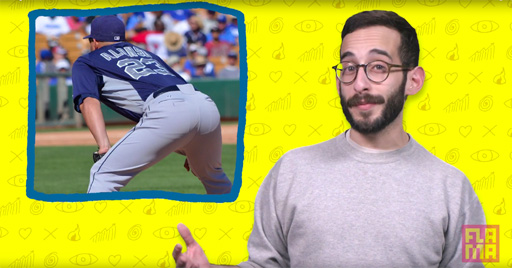 Does having a bigger butt make you smarter? Do Latinos really have bigger butts? And what’s the point of butt fur?

These and other important questions are answered in this quick info-vid from Honest To Gabe. 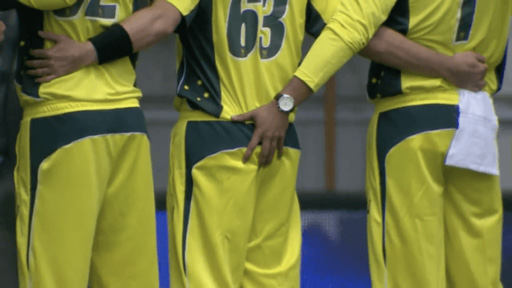 It looks like Australian cricketer Usman Khawaja was unaware there are cameras EVERYWHERE in the world these days as a video of him grabbing his teammate Adam Zampa’s butt during the country’s national anthem went viral.

The video has received over 1.8 million views on Facebook since it was shared Tuesday.

Hey @Uz_Khawaja – What’s going on here? 🙂 This how you guys introduce new players to the team? https://t.co/43uD8E6BgA

@Uz_Khawaja @zamps63 Seems that’s where the real action was during the anthem. Watch out for ‘behind-cam’ in future matches, OK?

@MiguelDSouza @zamps63 haha it was all consensual. Just having a joke with the debutant. #playon


By jingo’s what the heck’s goin on here?!! We’ve heard of checking the hot spot but that’s just too far…#Straya
Posted by The Crowd Goes Wild on Tuesday, February 9, 2016

This will TOTALLY be me starting tomorrow. Promise 🙂 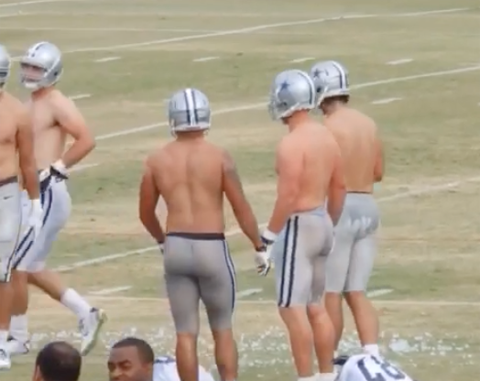 I’m sure I don’t have to explain this to you.

As Boy Culture points out – unless you’re a lesbian who identifies as a “6” on the Kinsey scale (nothing wrong with that), you’ll understand why I post the following Vine. Click for the Vine to play 🙂