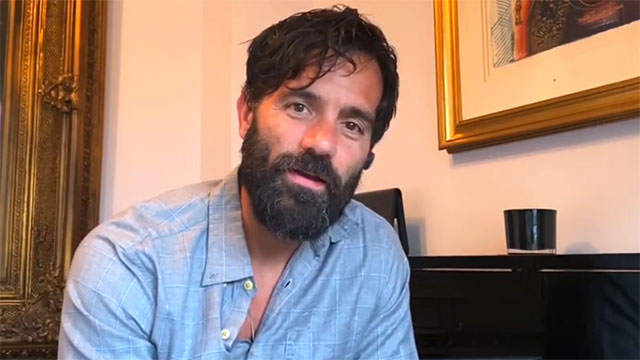 • Pink News: Dr. Allen Bergin, an influential Mormon therapist who advocated for conversion therapy for decades, has reversed his position and apologized for his harmful views after learning that his two sons and grandson are gay.

• Edge Media: A candidate for the Washington State House of Representatives may face charges after ripping down a rainbow Pride flag flown by a church and then threatening witnesses to the act, telling them that “If it gets put back up, I will take it down.”

• YouTube: How I haven’t done a full post about the oh-so-talented Ramin Karimloo (above) is beyond me. Please enjoy the perfection that is Ramin singing “Being Alive” from Stephen Sondheim’s Company. The performance was part of the KINGS OF BROADWAY 2020: A Celebration Of The Music Of Jule Styne, Jerry Herman & Stephen Sondheim charity event.

• Instinct Magazine: Poland’s President Andrzej Duda was sworn into his second term last week after his campaign described the LGBT rights movement as a dangerous “ideology,” and declared that LGBT folks “not people.” And so, LGBT people are now leaving the country.

• Gay Star News: More from Poland as thousands of LGBT people and allies protested in Warsaw, Poland on Friday and Saturday – resulting in police brutality. Commentators say the events are a possible ‘Stonewall moment’ for Poland as people stood up to two years of mounting LGBT+ hate.

• Instagram: Academy Award-winner Jared Leto (Dallas Buyers Club) has been announced to star in a film about the life of famed counter-culture artist Andy Warhol. Leto broke the news on his Instagram account.

Yes it’s true I will be playing Andy Warhol in an upcoming film. And so grateful and excited about the opportunity. 😊🙏 Happy belated birthday Andy 🎂🖤 We miss you and your genius