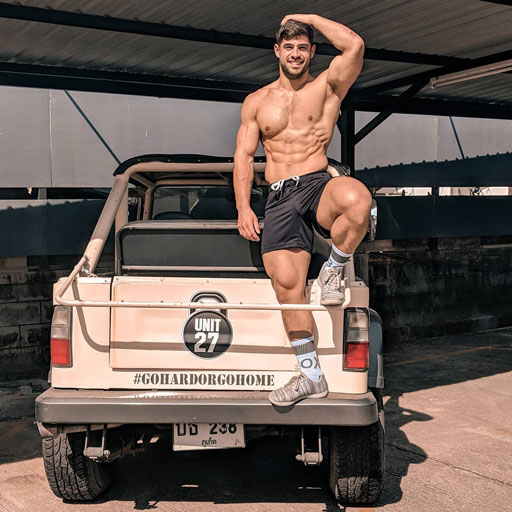 • Colorado’s state Assembly has approved HB 1129, which will protect LGBTQ youth from so-called ‘conversion therapy.’ Gov. Jared Polis, the first openly gay man elected governor, will sign the bill into law. Colorado will become the 16th state plus the District of Columbia to prohibit the harmful practice.

• University of Pittsburgh Graduate School of Public Health scientists report in EBioMedicine that they’ve developed an all-in-one immunotherapy approach that not only kicks HIV out of hiding in the immune system, but also kills it.

• Donald Trump is celebrating the election of homophobe Brian Hagedorn to the Wisconsin state Supreme Court. Hagedorn infamously wrote some years ago that being gay leads to bestiality, and recognition of LGBTQ pride events creates a “hostile working environment” for Christians. But, Trump is thrilled with the news.

Congratulations to Brian Hagedorn on his big surprise win over a well funded Liberal Democrat in the Great State of Wisconsin for a very important Supreme Court seat. Republicans are producing big for Wisconsin!

• LGBTQ ally Cyndi Lauper & YouTube Todrick Hall have been announced to perform at the opening ceremonies of New York Pride this year. Whoopi Goldberg will host the event at the Barclays Center in Brooklyn on 26 June.

• Click here if you want to hear former The View co-host moan and whine about being scolded by Barbra Walters back in 2006. It pretty much confirms what I always thought about the former reality show contestant.

• Out recording artist Gia Woods drops her latest single, “Keep On Coming,” complete with a moody music video set in a shadowy bedroom.

Woods says the seductive song is about “Someone’s body that ‘keeps coming’ — meaning I’ve never met this person, but for some reason, I’m supposed to know them. I feel like somehow life relentlessly finds a way to make paths keep crossing. This is the realization whether or not you want to meet the person, it’s inevitable.”

Her breakout single, “Only A Girl,” has garnered over 10 million views on YouTube. I recently wrote about her track, “Jump The Fence,” here.