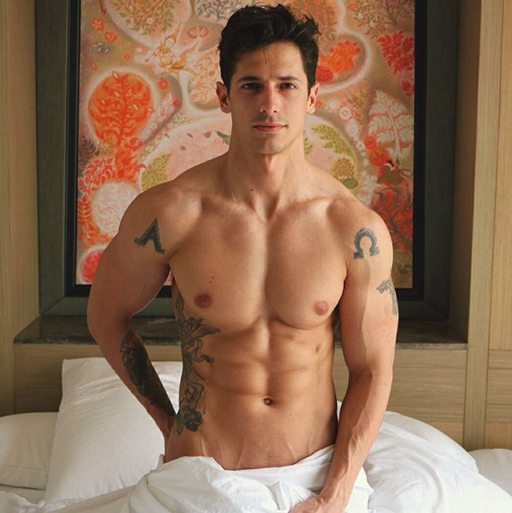 • Well, hello Mr. Tyler James (above). Nice sheet you have there…

• Madonna is not very happy about a possible biopic about her early days in NYC that just got picked up by Universal. See her post from Instagram:

Nobody knows what I know and what I have seen. Only I can tell my story. 📚Anyone else who tries is a charlatan and a fool. 🤡. Looking for instant gratification without doing the work. This is a disease in our society. ✍️🙃
A post shared by Madonna (@madonna) on Apr 25, 2017 at 10:26am PDT

• 51 Republicans have written to the President asking him to sign an executive order that would legalize LGBT discrimination based on “protecting religious liberty.”

• Sen. Marco Rubio spoke out against the torture and murders of gay men in Chechnya from the floor of the U.S. Senate. #HellHasOfficiallyFrozenOver

• That pastor who declared that the victims of the Pulse Nightclub massacre “got what they deserved?” He just got 35 years in prison for child molestation. #GotWhatHeDeserved

• Xavier Jugele, the 37-year-old police officer who was gunned down in Paris last week, was eulogized by his partner today in a moving memorial ceremony.

Watch below with subtitles.

The husband of the policeman who was murdered last week in Paris delivers an emotional eulogy at his memorial service pic.twitter.com/yGfVNQ1IXZ