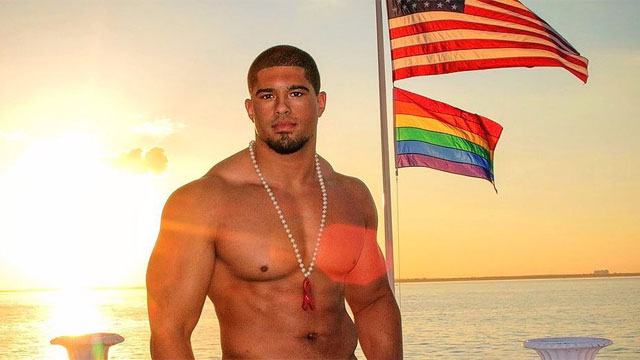 • NewNowNext: We’re less than four months into the year, but 2021 is already on track to outpace 2015 as the worst year for anti-LGBTQ legislation in recent memory, according to a new report from the Human Rights Campaign (HRC).

• Instagram: Out professional wrestler Anthony Bowens (above) thanked his fans recently for allowing him to be who he is. “Five years ago, I was in the closet, fearing that if I ever said something my wrestling career would be over. Fast forward…and I’m living my dream. Thank you.”

• Back2Stonewall: Uh-oh, a serious throw down here – who sang the Kander & Ebb classic “Maybe This Time” best? Audra McDonald, Kristin Chenoweth or Oscar winner Liza Minnelli? All are fabulous, but you know the answer…

• New York Post: Following the Derek Chauvin verdicts in the murder of George Floyd, it’s worth remembering the other three police officers involved in the incident also face charges of  charges of aiding and abetting second-degree murder as well as second-degree manslaughter. Their trials begin in August.

Let’s just not forget this