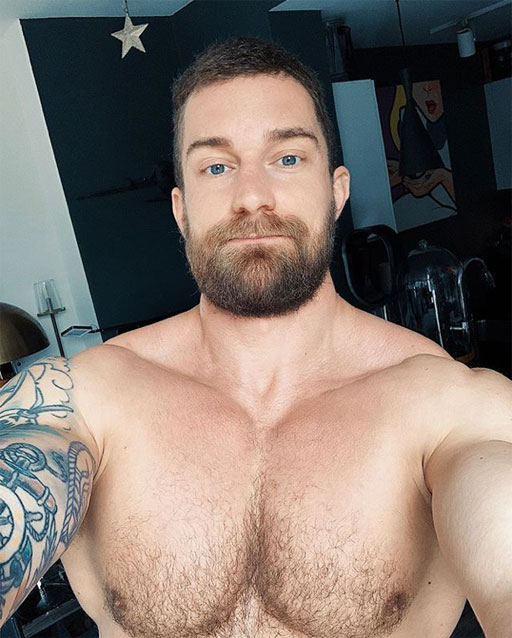 • Even though his iPhone didn’t recognize his newly-32-year-old face this morning, I’m thinking Alex Abramov (above) will find a way to soldier on…

• Donald Trump’s transgender military ban went into effect today. Nearly 15,000 Americans who signed up to put their lives on the line for the US could be impacted (read that ‘discharged’) by the new policy.

• A Trump-supporting Oklahoma woman has been arrested after confessing to a spree of racist vandalism that targeted black, transgender and Jewish residents in two towns.

• Check out the latest single from P!nk, “Can We Pretend,” from her upcoming album Hurts 2B Human out April 26.

P!nk makes me feel good. I like her music, I like her musical perspective on life. If you’ve never seen her in concert (and I’m not a concert kinda guy) you have to go. It’s a totally feel-good experience.

And I love that a lyric in this song is “Can we pretend that we both like the president?”