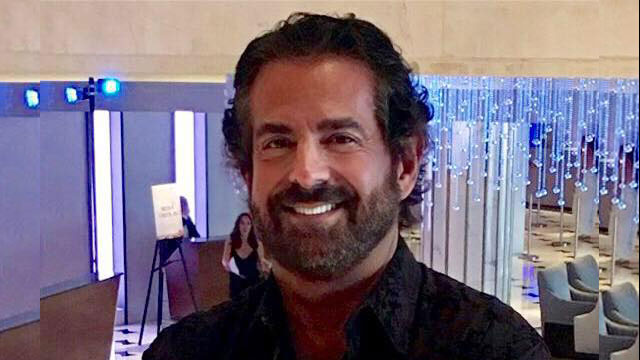 • National LGBTQ Task Force: Volunteer Ron Rich (above) is the second Winter Party attendee to succumb to the coronavirus. According to a Facebook post, he had served on the Task Force’s hospitality team for five years and also volunteered with the Outshine Film Festival and Lambda Legal. Israel Carreras was the first attendee to die from COVID-19.

• The Gay UK: A woman found her husband’s Grindr account on his phone. She asked the “Dear Uncle” column in the UK for advice on what to do.

• Milwaukee Journal-Sentinel: Wisconsin is still planning on holding its Democratic primary next Tuesday. But a lack of poll workers has led the governor to use members of the Wisconsin Army National Guard to man the polls during the April 7 election.

• Out Music: Troye Sivan originally planned to release his latest single, “Take Yourself Home,” later this year but current events caused him to reconsider that plan. The track mixes acoustic guitar and club beats resulting in a winning mid-tempo groove.

• Mediaite: In a message to his supporters, Sen. Bernie Sanders (I-VT) admits he has a very narrow path to the Democratic nomination but vows: “If I’m not the nominee, I will do everything I can to see that Joe Biden is elected president because Trump is the most dangerous president in the modern history of this country, and we’re seeing just how dangerous he is with all of the misinformation that he is providing during this coronavirus pandemic.”

• Washington Post: The Dow Jones industrial average plunged 410 points, or 1.9 percent, to cap the most dismal first quarter of its 135-year history. The Dow ended Tuesday at 21,917.16 — a full 23 percent below its January start and 26 percent off the record high it set in February.

• Tiger King: It’s interesting to learn that Saff, one of the few sympathetic characters on the Netflix series, is presented as a lesbian. It turns out he’s transgender and was misgendered repeatedly throughout each episode. Robert Moor, who produced a podcast chronicling the private zoo’s story prior to the Netflix docu-series, tweeted that Saff’s gender identity was virtually erased in the series.

8. (Not really “trivia,” but a useful piece of info for anyone discussing the show): Saff, the person who got mauled by the tiger, told me repeatedly that he is trans, prefers to be called Saff (not “Kelci”), and uses he/him pronouns. So please do likewise. pic.twitter.com/hCE9vS55Dh