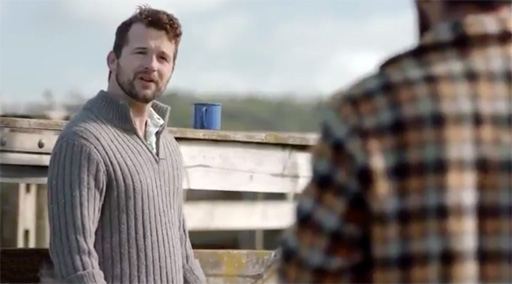 Check out the way cute video from Rainbow Youth, a non-profit supporting LGBT young people in New Zealand, which takes on the tiresome practice of calling anything weak, frustrating or disappointing “gay.”

When one of the farmers in the video accidentally drops his meat pie in the dirt, he proclaims the situation “gay.”

But his buddy steps in to explain that “gay” is not a substitution for something bad.

“Actually, Nigel, that’s not gay at all,” he says. “It’s deeply disappointing, but it’s not gay.”

The video was posted with this message: “We’re SUPER stoked to finally share with you our very first national ad campaign! We chose to address something small that contributes to much larger issues – homophobia, biphobia, and transphobia.”

SUPER stoked to share with ya’ll our first national ad campaign addressing something small that contributes to much larger issues! 🌈💕 1/3 pic.twitter.com/oNxAuUEqY1