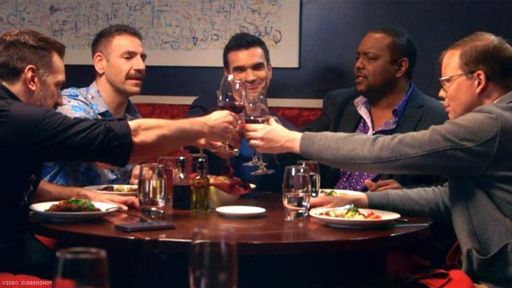 A new web series, West 40s, plans to explore the lives of five gay men who live in New York City’s Hells Kitchen as they begin to approach middle age.

Creators Mark Sam Rosenthal and Brian Sloan describe the new series thusly: “In their 30s, they’d meet strangers on the Hell’s Kitchen sidewalk and have sex in less time than it took to climb the four flights up to their apartments. But now past 40 they’re all wondering what they want for the long haul – and questioning whether they can still make it up those stairs!”

The first full episode will be available in mid-July but you can check out the short teaser below.