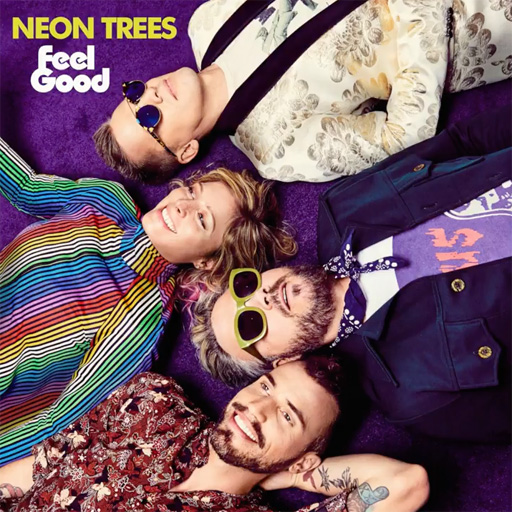 This marks the first new music from the pop/rock band in two years, and clearly, it was worth the wait.

The tune was penned by Neon Trees’ Tyler Glenn and produced by Captain Cuts (Walk The Moon, Grouplove, Chainsmokers) at their Los Angeles studio.

“Late last year I was waking up each day, but I couldn’t wait to get back to bed. It took so much effort to just feel ok. I turned to music like I always do, and wrote “Feel Good” at a time when I was feeling pretty low. I think beyond who’s right and who’s wrong about everything going on in the world, there’s a human desire in all of us to feel ok, to ‘FEEL GOOD’. That’s one truth everyone can agree on.”

“Feel Good” certainly sits comfortably in the Neon Trees song cycle with its infectious melodic hook and affirmative lyrics (“Hands up, touch the sky/everybody on your knees and testify/I was searching for the truth/I think they misunderstood/that the truth is, honey, I just want to feel good”). Elaine Bradley’s fantastic work on the drums is killer.

Check out “Feel Good” below.